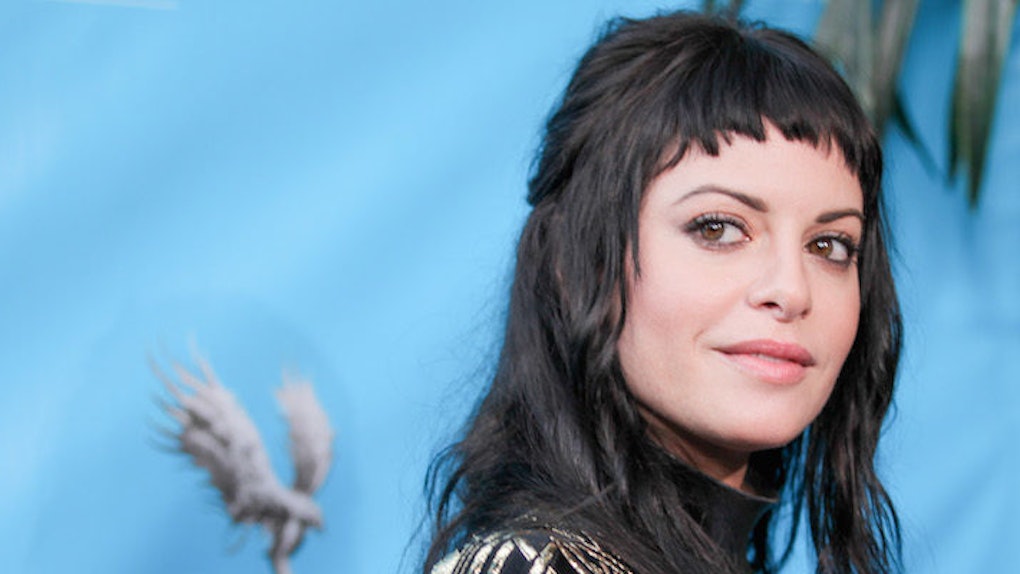 Political views aside, let's take a moment to appreciate that 96 years after women earned the right to vote, a major political party in the USA nominated a woman for President for the first time in history.

As a woman, I am proud. I am also motivated.

So to all the aspiring girl bosses out there, let us write this next chapter of American history as female protagonists who exude confidence, empower each other and better the world by leading by example.

Here are the 10 rules of a girl boss:

1. Be competitive AND generous.

Far too often, women get tripped up on this one.

We either compete with one another to the point that we are stuck in a never ending cycle of one-upping and comparing that we forget to help one another... or we are too generous. We forget our own interests and aspirations.

Guess what: You can be both.

Be a driven, generous woman. It's a fierce combination.

2. Go for the corner office.

In the S&P 1500, there are more CEOs named John than there are women.

This needs to change.

Studies show companies with women in leadership roles perform better when it comes to returns on equity, return on sales & return on invested capital.

Not an executive yet?

Leadership roles can come in many forms.

Are you a student? Go for that study council position. Ever think about starting your own business? Pursue an idea. Have no regrets.

A mistake that many women make is that they try to conform to their notion of what a 'business woman' is.

Early on in my career, a potential investor told me I was a lot "smarter than I looked."

What do you say to that?  Did he think that was a compliment?

Anyway, he followed up with the suggestion that I should wear glasses to be taken "seriously."

I'm embarrassed to admit I actually listened. I traded my contacts for glasses in the hopes of "looking smart."

Safe to say, as I grew my tolerance for BS shrank and now guess what I wear? WHATEVER I FEEL LIKE WEARING... because my intellect, my team's hard work & my company's traction speak for themselves.

So don't try to conform to the notion of a "business woman."

It's ok to have role models, but be unapologetically yourself.  The thing that will differentiate you from competition is usually you!

Life doesn't come with X-pro II or Valencia, so don't expect it to be picture perfect.

Failures will happen. It's how you adjust and grow from your failures that define you.

So go ahead, girl. Proudly lead that #NoFilter life. When your soul doesn't need a filter, your natural beauty shines through.

5. Fall in love with your career

I had a boyfriend during college. He was a great guy and by graduation, we were heading towards four year anniversary.

Soon after, things got a little rocky. I began pursuing a career in entrepreneurship and he had other ideas for the future.

"I want a girlfriend, not a business woman."

This broke my heart. While I worked to earn degrees in finance and international business, he thought they were symbolic or for others: a way  to prove to the world that I was smart: like a trophy.

To me, my degrees were just the beginning. A solid foundation to launch into my entrepreneurial journey.

That being said, being married to your job for part or all of your life, even if it stunts romantic prospects, is not necessarily horrible, provided that you are fortunate enough to enjoy your job, the team you work with, the money you make or even the reputation you build.

Despite what societal norms may be, you don't need to choose between finding love and a career.

The right partner will appreciate all the things that the wrong partner was intimidated by.

If you haven't noticed, I hate to be the one to break it to you... A lot of Emojis are sexist.

Don't get me wrong. I'm an avid Emoji user.

But have you noticed how many Emojis depict male and female characters? Males have professions and are even featured running or doing some physical activity. Meanwhile, women emojis are getting their nails done, hair cut, or even portrayed as PlayBoy bunnies or a bride.

This may not seem like a big deal until you consider that roughly 6 billion emojis are sent daily, with young girls believed to be responsible for more than a billion of that. What kind of message are we sending to young women?

Things have changed a little with iOS 10, at least. Yay gender equality!

A grandmother wrote that she tells her granddaughters to "date the nerd in school" because he might turn out to be the next Mark Zuckerberg.

To which Zuck had the epic response of: "Even better would be to encourage them to *be* the nerd in their school so they can be the next successful inventor."

8. Don't hate her because she slayed it.

Repeat after me: Another woman's success takes nothing away from you.

As Girl Bosses, let's join together to celebrate each other's successes and empower those around us.

Building your credit score is one of the best ways to establish your financial security and your future.

So go spend responsibly. We owe it to previous generations!

10. Do not seek affirmation.

Far too often, I notice this habit a lot with other female professionals: they end a statement looking for affirmation.

For example, "We should include the revenue stream slide in the presentation, don't you think?"

By ending your valuable insight with "don't you think" makes you seem unsure of yourself.

Your ideas, instincts and personal experience are enough. Don't doubt yourself.