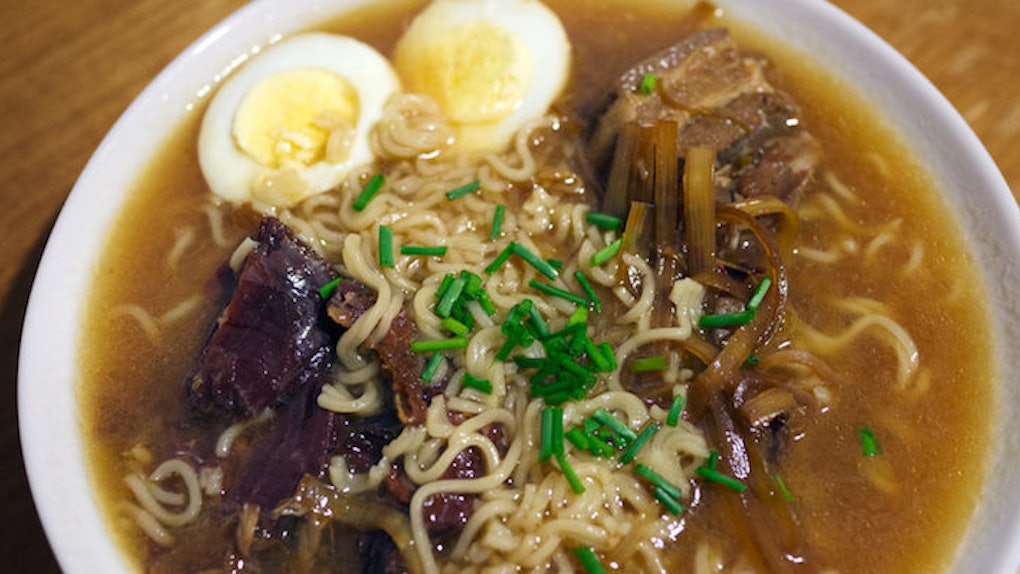 When I arrived in Tokyo 40 pounds overweight, I told my new Japanese share-mate about my weight concerns. She said, “Maybe you should take a hot bath tonight. That will help." A hot bath? What could a hot bath have to do with weight loss? Clearly, I was missing something.

I was yoyo dieting for years and was struggling to lose my goal of 20 pounds. I had the mentality that if I put in more effort, I would reap more reward, so I had been doing intense exercising from ice hockey training, to weight lifting, to high intensity workouts up to two hours per day. I also tried to cut down on dessert, but wound up having moments of binging, followed by justification because I had worked out so much. But simply changing my approach to body care led me to effortlessly lose 40 pounds as a side effect.

In the US, women speed walk in their yoga pants with 2 liter bottles of water tucked under their arms. They shun carbs like the plague, go to intense workouts like CrossFit and describe themselves as being “good” today or “bad” today. But in Japan, I would see slender women eating rice and noodles, going to yoga classes and not drinking any water with their meals.

It seemed to me like the information available about weight loss in the US was valid with scientific back-up, but what's missing and confusing is the application. How can we intuitively approach a healthy lifestyle when we can't even sense protein, carbs and calories with our tongues?

If I was to tell women in the US that walking could give them more results of a slender body than high intensity training, they'd think I was crazy. But the thing is, when it comes to your body, more effort doesn't necessarily mean more reward. If anything, being able to calm yourself allows you to listen to your body and can lead to naturally craving less, and that's not something you can feel when you're forcing yourself to get a certain result.

It's not uncommon for dieters in the US to think that the only way to be healthy is to eat bland grilled chicken with steamed broccoli. But if we're not training for the Olympics or entering a body competition, then what is it we're working for? We want to look hot and eat cake, too. And I know it's possible.

It has been seven years since that first conversation with my Japanese share-mate, and now I'm a health coach with a background in eastern and western lifestyle ideologies. Here are four things I learned that you can implement into your lifestyle to get healthy without being extreme:

The first moment I realized it's not about what you do, but how you do it was when I saw a sumo wrestling tournament for the first time. Sumo wrestlers skip breakfast, spend all morning doing intense training so they can lift and push their heavy components. They have a big lunch, followed by a nap and then wake up and repeat in the evening.

Likewise, I had been exercising like crazy and it made me feel ravenous. Regardless of how healthy my meals were, I would eat more than I needed without realizing it. Then I'd feel tired from the workout and warm from the meal, so I'd go to bed. On one hand, I was building muscle and stamina, but I was also adding a thick layer of fat on top of all of the muscle.

One way you can tell if you're overdoing your workout is if you find yourself hyperventilating. Calm breathing indicates to your body that “everything is OK,” so it's geared towards targeting the fat on your body for energy. But if you're stressing your body out, as indicated by gasping for breath, then you're likely triggering your body to use quick energies in the form of sugars. So, those times when you go home and tell your loved ones not to talk to you until you've had something to eat because you're so hungry you could practically eat your arm off? Those are good indications that you're overdoing it.

A cold body is a dead body. A warm body is a living body. There is a concept called food energetics that isn't really studied much in the US. Basically, it's about how the direction in which food grows gives it a certain kind of energy to foods, which is then transferred to us when we eat. Foods that grow in the hot summer weather are considered cooling, so they help your body acclimate to the heat. And foods that grow in the winter weather (like root vegetables) are considered warming and calming to the body.

Raw foods are considered healthy and eaten frequently as part of a healthy diet in the US. Foods like raw salads, raw vegetables, smoothies made with raw fruits and raw greens all fall into this category. These are healthy and detoxifying, but at the same time, if you are eating too much, it can be considered too cooling to the body. It's not uncommon for people to feel fatigued, as a result.

Have you ever gone to a Chinese restaurant and ordered a raw salad? Probably not. That's because in the East, their diet doesn't consist much of raw foods because you want to keep your body warm. If you hate having raw salads, then making sautéed, boiled, stewed or baked vegetables are fantastic contenders.

In the US, every café or restaurant you go to will serve you ice water. There's two reasons this would be looked down upon in the East: First, because it's cold and you want to keep your body warm. The other reason is that water “douses your digestive fires,” which makes it difficult to digest your foods. In the world of science, this means that water will neutralize the PH of your stomach acid, which makes it really hard for your body to break down foods.

In Japan, most people will have soup with meals. And even if they don't, they will usually not drink with their meals. It is common, however, to have some warm tea after a meal.

In the US, I constantly see dieting advice urging people to drink more water, but instead of thinking of drinking more glasses of water, you should be thinking of having more foods that are hydrating in your diet. This could mean adding soups with your meals, or having steamed bread instead of baked bread. It also means taking out anything dehydrating, like caffeine from coffee and black teas. So, while it is true you need to stay hydrated, save having water for between meals instead of with them. Stick to hydrating foods during meals instead.

In addition to releasing tight muscles, hot baths can improve circulation, which helps with digestion and detoxing through your pores. In Japan, people will take a “half bath,” which means you fill the tub until it meets just under your heart area if you were to be sitting in the tub. If you fill the tub above your heart level, it can put pressure on your heart. So, they avoid it.

Temperature is also important. Most people soak in a bath that is between 100 to 107 degrees Fahrenheit. The temperature is enough to improve your circulation without overbooking your body. Hot baths also relax you before bed, so soaking in a hot tub can improve the quality of your sleep.

If you have only ever thought that weight loss comes from calories in vs. calories out, then these tips might sound a bit odd. But when entire nations of people are eating well and having balanced bodies as a result of these tips, while you're counting calories and killing yourself at the gym, it can't hurt to give it a try.