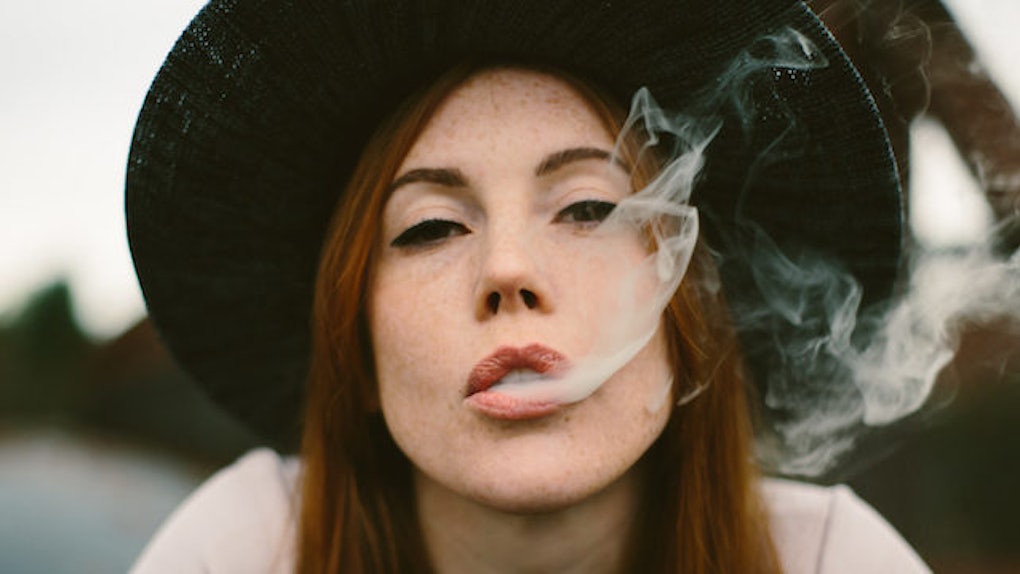 Weed Yoga Is For Chill People Who Hate Exercise

Unfortunately, I'm not the best at working out.

I'm also not the best at smoking weed.

But, I admire people who are good at both, especially at the same time.

I don't smoke anymore, but I used to on the daily. It was actually the one thing that helped me focus on something other than exercise while I was sweating my ass off in misery.

And while I don't miss the long, rambling stories of my friends that always ended in some sort of unanswerable question, I do miss the feeling of being high AF.

So if you're a chill ass betch like me who likes to smoke weed, I've found you a solution.

There is now a class called Ganja Yoga in San Francisco that offers the relaxing experience of smoking weed to stretch your mind and spine simultaneously.

Now, just to backpedal here for one minute, I don't discourage people from trying yoga of all kinds, but I will say that as far as workouts go, yoga is the most pretentious.

Yoga is the fitness equivalent of the Catholic Church in that yogis believe it's fine to do whatever in the name of spirituality. But IMO, they took things over the edge with that "naked yoga" trend a few years ago.

Don't get me wrong; I tried it, but it's fully impossible to do relaxing ocean breath while staring down the taint of a hairy-ass dude in child's pose.

So, given that experience, weed yoga is something I can fully get behind.

Teachers insist that it isn't just "yoga plus weed," but like.... that's literally what it is, and we're fine with it!

It's when yogis start preaching about how the ganj helps expand the minds and hearts of the students in the class that I'm like, "UGH, when is this stoner gonna STFU and pass that J to the left hand side?!"

All together now, everybody say, "OM."