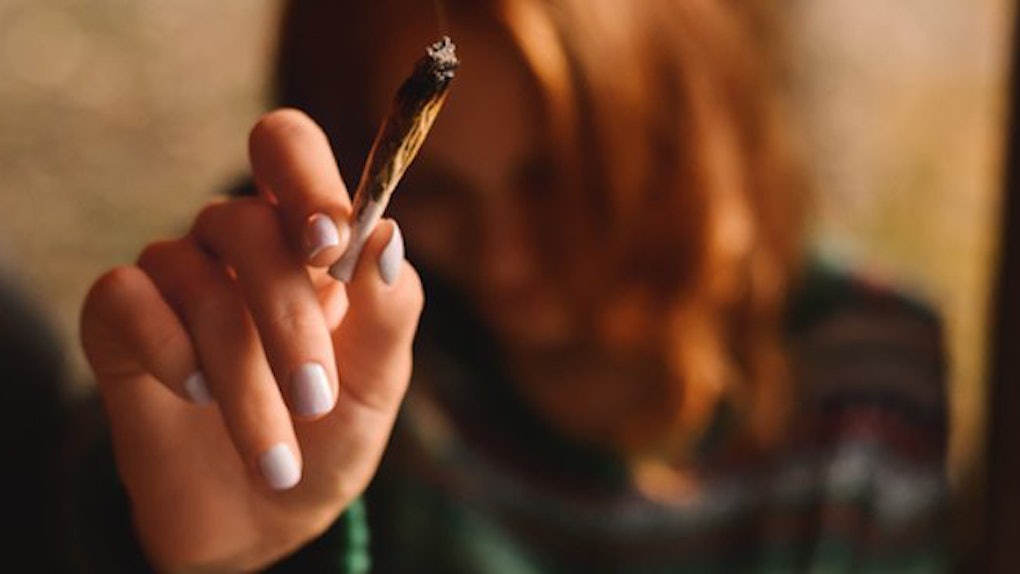 Eating Chili Peppers And Smoking Pot Can Calm The Stomach

Anyone who's ever had a really awful stomach ache knows just how hard it can be to ward off the pain.

Sure, you can pop a few Tums, or guzzle a little Pepto-Bismol, but when all is said and done, you'll likely have no other choice but to wait it out until your tummy settles down.

Unless, of course, you happen to dabble in a little ganja -- in which case, you know all about the miracles a few hits can work on a bad stomach.

But, what if you added a little spice to your bowl pack? And, no, I do not mean sprinkling household spices like oregano or thyme into your weed.

A new study established a surprising relationship between chili peppers and marijuana.

... A coupling which has to be the most unlikely duo since Martha Stewart And Snoop Dogg.

In the study, the researchers identified a chemical found in chili peppers called capsaicin, which connects to a receptor in the brain that basically makes you go, "Oh shit, that's hot!"

No one knows why, but those same receptors in your brain are actually found in your gastrointestinal tract, too.

To learn more about the role of capsaicin, the UConn researchers gave the chemical to mice to eat, which subsequently led to less inflammation in their furry little tummies.

The study authors then noticed the capsaicin was sticking to a receptor found on specialized cells throughout the gastrointestinal tract, called TRPV1 (which identifies and controls your body temperature).

Here's where it gets super interesting.

When capsaicin and TRPV1 bind with one another, they cause the surrounding cells to make a compound called anandamide, which is chemically similar to the cannabinoids in weed.

So, it's actually the anandamide that's causing the immune system to settle down when the stomach is upset. As that molecule continues to react with TRPV1 (which produces even more anandamide), it calls in immune cells that moderate swelling.

The population of those immune cells increases simultaneously with the anandamide levels, causing them to feed off of one another and establish a blissful healing cycle for the entire upper gut -- including the stomach, pancreas and esophagus.

Get this -- our brains also happen to have receptors for anandamide.

Those babies react with the cannabinoids in weed, and they're the reason why we feel high as a kite when we smoke pot.

No one actually knows why we have receptors for cannabinoids in our brains. They don't communicate with any other essential functions in our bodies, which leads me to believe human beings were simply built (or at least evolved) to consume marijuana.

Even if you don't want to buy into that logic, these findings definitely teach us a whole lot about the relationship between the immune system and the brain.

Pramod Srivastava, Professor of Immunology and Medicine at UConn School of Medicine, explained,

This allows you to imagine ways the immune system and the brain might talk to each other. They share a common language.

So, as gross as the combination of chili peppers and pot may sound, don't knock it till you try it. Your stomach may thank you for it.