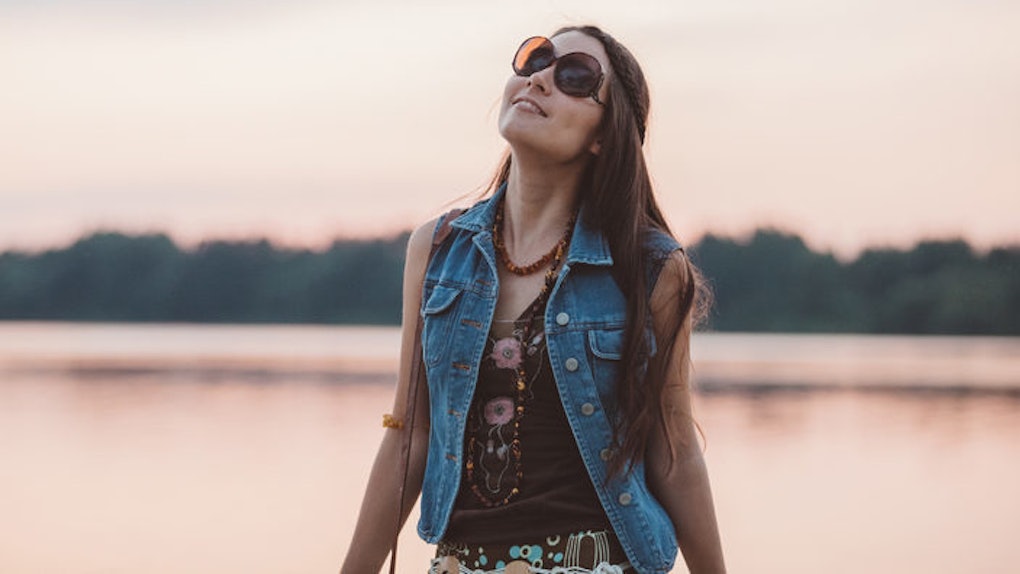 10 Surprising Ways My Life Has Improved Since I Quit Drinking

I haven't had a drop of booze since Halloween. That makes just about four solid months of sobriety.

I'm not in AA, and I'm not swearing off the juice for the rest of my life. I'd be open to drinking on very special occasions. My cousin is having a bachelorette party in LA this summer, for instance. I'd be down to drink for that.

I'm just not that into capital-D drinking anymore.

Trust me, if you had the 48-hour hangovers I'd started getting toward the end, you wouldn't want to drink either. The party is over. I'm OK with it.

What's fascinating, though, is how much my life has improved since I quit drinking. Not drinking wasn't supposed to be this life-altering thing. I didn't even realize the huge effect alcohol had on every single area of my life until I didn't do it anymore.

I feel like people are impressed with me for the first time in my life. It's like I've accomplished some great feat. I'm suddenly Superwoman! A coworker even told me I "take immaculate care" of myself the other day. It was really awesome to hear.

I'd like to clarify: I'm not trying to demonize drinking. For most people, drinking is a fun activity done in relative moderation. It just wasn't good for me. I was abusing it and letting it control my life. If you want to drink, you drink, baby. You do you. But, if it is becoming a problem for you, recognize it and do something about it.

Getting sober has been a wild and eye-opening experience. I didn't even realize how much the simple act of drinking was limiting my achievements and damaging my personal relationships. I guess the booze blinded me.

Here are some of the surprising ways my life has gotten better since I quit drinking:

1. I take better care of my skin and hair.

Since I stopped drinking, I've taken up a rigorous beauty routine. I use a night cream, I brush my hair for five solid minutes with a bore-bristle brush, I do weekly face masks, I get weekly manicures, I exfoliate; the list goes on. The thing is, it doesn't matter what the f*ck you put on your face if you drink, because drinking dehydrates the hell out of you. Sorry, it's true.

My skin looks incredible and HYDRATED. I look younger than I have in f*cking years. You think drinking won't age you in your early 20s, but that sh*t will.

2. I no longer wear a penis-colored beanie like that is an OK thing to do.

I'm not even f*cking kidding when I say I casually used to wear a dick-colored beanie on a regular basis. I even wore that shit to our company holiday party last year. I was so wrapped up in being hungover and lazy that I didn't give a shit how I looked.

These days I put effort into my appearance. I wear actual outfits. My clothes have become "chic" and "trendy." It's amazing what you can accomplish when you're not too drunk to choose a look for the next morning.

I have to say, I was f*cking delightful before, but my personality has improved significantly. Don't get me wrong, I'm still the Queen of Sass, but I used to be a straight-up bitch. Now I'm more of a funny bitch.

I'm not mean for the sake of being mean. I border on downright hopeful sometimes! It's a lot easier being positive when you don't feel horrible all the time.

4. I'm no longer a swollen grape about to burst.

My mother calls that chubby, bloated look you get from alcohol the "white wine face." I thought I was young enough to avoid it, but I was very wrong.

I actually was looking at old pictures of myself and came across a portrait done for Elite Daily. It was a PSA to stop drinking if I ever saw one. I look like a f*cking water balloon. Cheap Cabernet, man. It will get you.

My face is much less swollen and puffy these days.

I used to consider walking a mile or two plenty of exercise. I've always been pretty thin, but that mostly had to do with a strict diet. I figured I didn't need to go to the gym.

I decided to give working out a chance because I needed something to fill my free time now that I wasn't getting f*cked up on the reg. It literally changed my life. I not only look excellent, but I feel f*cking great.

I used to laugh at gym rats; now I totally get it. That sh*t is addictive.

My favorite place when I was drinking was on my couch, with my favorite shows on and a bottle and a half of wine to myself. That was what I considered heaven. I hated everything about physical activity.

Now I enjoy things like hiking and rock climbing. It's a total 180, and I'm 100 percent down for it.

I'm not a couch potato and I've learned there is a world outside of getting wasted.

7. I have fewer friends, and I'm actually OK with that.

I know this sounds depressing, but I really don't f*ck with anyone anymore. I chill with my family, boyfriend and one or two girlfriends.

I used to be a social butterfly and had a huge group of friends. But those relationships weren't real. Once the party was over, so were those friendships. I'm OK with that. I'm finished with the fake people. I'm over people who screw you over and leave. I only have time for realness in my life.

The other side of all of this is that I realized how many of my friends stopped liking me and moved on as I became more entrenched in alcohol. I didn't even realize this had happened until I started to figure my sh*t out.

Look, I was dope before. I wasn't down for anything serious. When I stopped drinking, I stopped dating f*ckboys and required more from my love life. My boyfriend doesn't drink either.

Somehow, it feels like we're more connected to each other because we don't need alcohol to facilitate our closeness. Everything is raw and real.

I'm not sure if quitting drinking is really what gave me the panache to snag this dude, but I know it didn't hurt.

9. My anxiety is under control.

I used to drink to help my anxiety, but then being hungover would make my anxiety worse. It was a vicious cycle I found myself in, drinking to chill out because the drinking made me anxious.

Once I stopped, I was able to get my sleep schedule right, my serotonin and dopamine leveled out, and I got my head on straight. I still need my anxiety medication from time to time, but overall, it's a vast improvement. Going to happy hour as a way to blow off steam after a stressful day is a f*cking lie.

10. I can go to work and still have the energy to do things after work.

My energy was very limited when I was drinking. I could go to work and get my sh*t done, but I'd be so exhausted by the end of the day the only thing I could do was take the subway home, buy some wine and chill out.

Now, I can go to work, hit the gym and even grocery shop or have dinner with friends. It's f*cking crazy. I don't even think I realized what a schlub I was until I actually knew what it felt like to have real energy to burn.

Overall, what started as a trial separation from alcohol is starting to look like a conscious uncoupling. I had a lot of fun in my drinking days, but I'm ready for the next, sober phase of my life.

This experience was so much better than I could have expected, and I'm looking forward to life full of the gym, solid relationships and new beginnings.