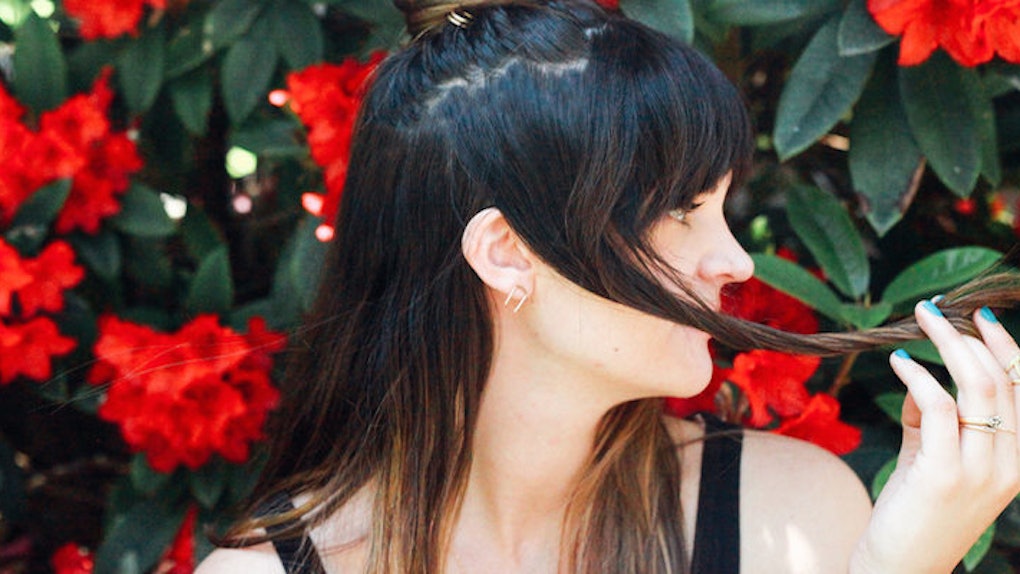 You guys, I got a head start on my spring cleaning for this year. And boy, does it feel great to have that load off my back.

These past couple of years, I've let some stray f*ckboys linger in my life a little too long. There was my emotionally closed-off ex, whom I wanted to crack so badly that I chose to stay in touch with him for a few years too many. There was my f*ck buddy, whom I intended to keep around as long as a one-night stand. Only that one-night stand turned into a year-long thing, for lack of a better word.

F*ckboys followed me through my twenties, where they simmered on the back burner and remained readily available for my convenience. Having them was handy. It's not like I reached for them every time I felt a sting of loneliness, but it was nice to know that at any moment, I could.

And, OK, maybe I still had feelings for, er, both of them. Maybe I believed I'd be the one to change them.

But I ended it with both of them. It was a f*ckboy spring cleaning: a complete trimming of the f*ckboy fat from my life, if you will. And for the first time in nearly four years, I'm 100% single.

There's no one on tap. No ex to run back to, no f*ck buddy to f*ck, no boy from the past to rekindle flames with. It's just me, myself and I. And friends, I've never felt more clear-headed.

Blank slates are scary. They lead to change and unpredictability, which is inherently terrifying, because as potentially flawed as the familiar may be, it's still comforting. Keeping unfulfilling f*ckboys on tap is like keeping a half-filled bottle of red wine that you opened weeks ago because seeing it reminds you of how great it tasted when you first opened it. But oddly enough, I don't miss the familiarity. I feel free and light.

Cutting them out was really hard for me. The truth is, as unsatisfied as I was, I was afraid to let go of them because they were safety nets. They weren't exactly the most reliable safety nets, but they still caught me when I fell. After a long, hard day, I'd often come home and feel emotionally drained, which was the perfect excuse to text one of my f*ckboys. In times like that, I needed that slight, momentary consolation that only a f*ckboy can give you. And that one stupid text from someone who hardly mattered is what made me smile after trudging through the day.

I was lonely. And I was afraid letting my bang buddy go would make me even lonelier, but I had it all wrong. I was loneliest when I was with him.

Neither of the back-up boys were in love with me, but I thought being half-loved from each of them would make me feel loved completely. It didn't. And now, there's no one to answer my 2 am drunken, vulnerable messages: the “What are you doing?” and “Come over” texts. There's no one to indulge my horniness, no more half-assed hump sessions with a guy who'd rather use me for my vagina than get to know my heart.

I'd put off cutting them out for so long because I thought it'd feel like cutting out caffeine, or alcohol, or nicotine. But I've surprised myself with just how OK I feel without them.

So here's hoping I give out a new kind of energy -- not necessarily a better one, just a different one. One that doesn't scream “You're cool and all, but I'm emotionally unavailable" to all the men I meet.

I can no longer compare the guy I'm planning to meet at the bar to the guy who's been waiting for me in my bed. From now on, I'll be giving all the men I meet an honest chance at love, something I should have been doing all along. Sometimes, it takes juggling a few different men who are wrong for you to realize that dropping them all at once is the only way to find one who's right for you.

These days, I feel clean. Awakened. Ready to take on what life has in store for me. My weekends will no longer be spent cooped up in my bedroom, in a dead-end relationship with a noncommittal guy. I guess I underestimated my own strength, and for that, I'm issuing a formal apology to myself.

Sheena, I'm sorry. You deserved better. You finally recognized that you did, and I'm proud of you for making the appropriate changes. You'll no longer find happiness in the wrong places, and you'll spend your precious time on the things that have value. Spaces the f*ckboys filled are now free to be filled by yoga classes, making new friends (and catching up with old ones), and -- perhaps the most daunting one of them all -- time spent with myself, which shouldn't be too painful. I'm kind of a good time.

This weekend, I'm going on my first-ever blind date. A friend of a friend has a friend for me, who's supposedly cute, straight and single. I'm excited. The thing is, I can't remember the last time I was actually looking forward to a date; meeting someone new and get to know that person seemed so … tedious. Now, it's thrilling.

The other day, a friend gave me some pretty poignant advice. “Choosing everything,” he said, “is choosing nothing.” He was right. F*cking around with f*ckboys only stifled one person: me. It's time to finally, really be alone. Besides, good relationships find you when you're by yourself -- or so I've heard.

I'd like to think that the universe is forgiving. That it'll recognize my good deeds and give back because I've finally released my demons. Inner peace is eminent. Good karma awaits me.

And true love is JUST around the corner.