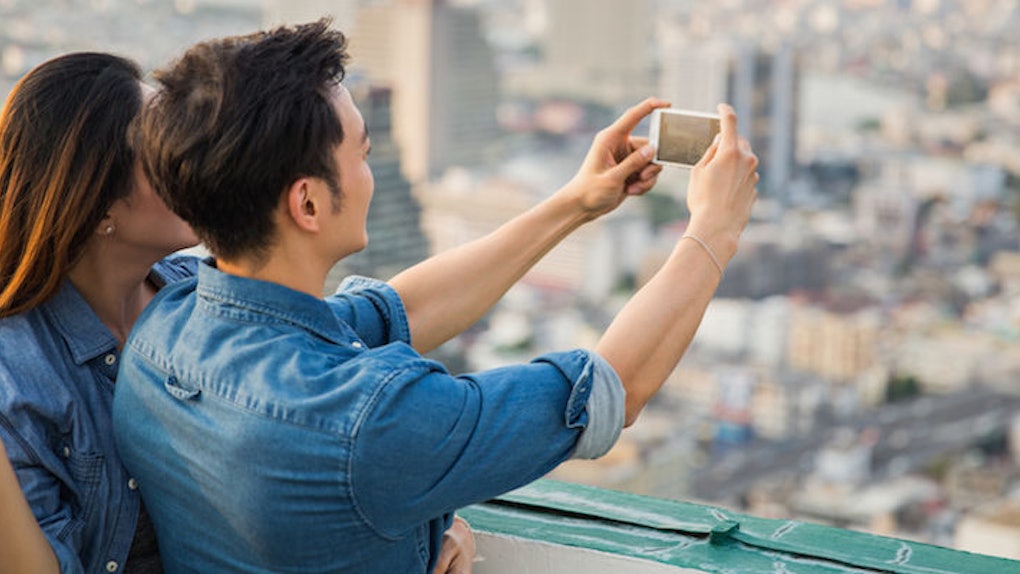 You can tell a lot about a person just by looking at their social media feed.

It doesn't take long to figure out that the girls who constantly post Instagram pics of PSLs, kissy faces and fuzzy UGGs are probably basic AF, and the dudes who fill their feeds with a myriad of expensive watches, steering wheels and nightclub selfies are probably a bunch of bougie D-bags.

But did you know that the filters you put on your Instagram pics can reveal more about you than the actual photo?

That's right. Science just discovered that filters, faces and colors can actually be used to assess mental health and indicate signs of depression.

A recent study led by Andrew Reece of Harvard University and Christopher Danforth of the University of Vermont examined over 44,000 Instagram photos from a group of 166 participants, including some who had been previously diagnosed with clinical depression.

The photos were first analyzed using Amazon's Mechanical Turk marketplace, in which people were asked to rate the photos based on how happy, sad or likable the snapshots appeared.

Then the photos were analyzed a second time using a computer software program that examined things such as the number of faces in the photo, brightness, colorization and vividness to determine similarities between the photos of those diagnosed with depression.

The most common filter used by depressed Instagrammers was no filter at all. But if they did happen to apply a filter to their photos, Inkwell was the most common choice, followed by Crema, Willow and Reyes. Healthy individuals, on the other hand, favored images with warmer tones and often opted for the Valencia filter.

When it came to the number of people in each photo, the study found that individuals suffering from depression often post solo selfies or photos with just one or two other people rather than posting photos featuring a large squad.

We foresee a more mature version of this tool being used more in the context of screening and assessment, rather than treatment. The algorithm we used looks for complex, systemic patterns across many data points to infer clues about individual psychology. If someone posts a dark, bluish photo to Instagram, it shouldn't necessarily be a red flag for their therapist — that person could just like photos of whales, or blueberries.

It's important to note that only the computer analysis proved to be successful in predicting depression among the participants of the study. The human analysis was pretty inaccurate, so there's no point in trying to decode all of your friends' Instagram feeds.

But hey, at least this study justifies our love for the almighty Valencia filter.

Citations: Your Instagram photos can reveal whether you have depression (Daily Dot)