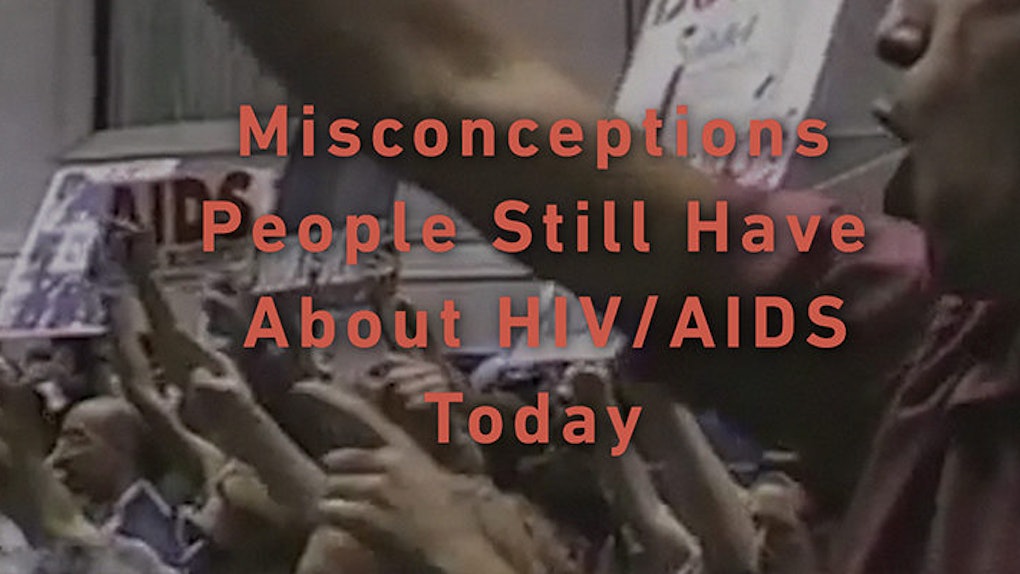 It's been 35 years since the first outbreak of HIV/AIDS was reported in the United States.

Back in 1981, five young, gay men from Los Angeles suffered from a rare form of pneumonia known as PCP. Later, it would be discovered that this was first-recorded start of the AIDS epidemic.

In that first year alone, there were 234 HIV/AIDS-related deaths. Fear spread throughout the nation and the rest of the world as this mysterious disease continued to infect people, most of whom were gay men.

Many with the disease were abandoned by their families and communities, predominantly because no one really knew how the disease was transmitted.

In fact, President Ronald Reagan didn't acknowledge the HIV/AIDS epidemic publicly until 1985, the year his friend and Hollywood film star Rock Hudson died from the disease.

Yes, it took Reagan four years after HIV/AIDS was introduced in the country (and claimed the lives of about 6,000 people), to admit there was a problem.

Fortunately, though, the country has come a long way. Currently, the number of new cases of HIV/AIDS in the US stands at about two-thirds less than the number of cases in the mid-1980s (the height of the epidemic). And modern interventions, like antiretroviral therapy, have made it possible for HIV-positive individuals to live a healthy, long life.

But we still have a long way to go.

Most Americans who are diagnosed with HIV aren't receiving treatment for it, and some populations are at a significantly greater risk of infection than others are, specifically young African American males.

One of the biggest contributors to the lingering problems with HIV/AIDS in the US is, many people are still largely uninformed about the disease.

Astoundingly, in 2012, about 25 percent of the US population still thought you could contract HIV/AIDS from drinking out of the same glass as an HIV-positive person.

Even more surprisingly, that's insanely close to the amount of people who believed the same myth at the height of the epidemic.

Clearly, we cannot become complacent about the issues surrounding HIV/AIDS. If we do, it's likely we'll fall back into the same thoughts about the disease evident three decades ago.

In honor of World AIDS Day, we wanted to spread awareness about a disease still affecting millions of people in the United States, and even more worldwide.

To inform yourself of this complicated disease, watch the video above to learn more.