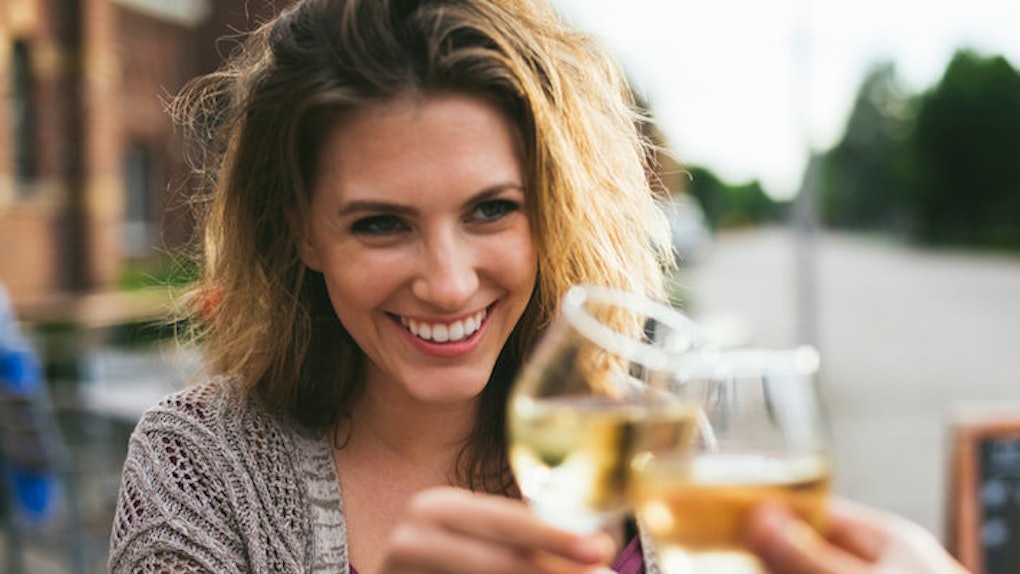 If You Want To Stay Healthy But Can't Give Up Booze, Exercise 5 Hours A Week

With all the studies out there that prove alcohol is basically the worst thing you can put into your body next to hard drugs, it's difficult to avoid thinking about your health while sipping on a gin and tonic at a bar.

But, there's still hope for you if you're a drinker.

Based on a study done by University College London and the University of Sydney, researchers found a minimum of five hours of exercise a week can decrease your chances of early death due to alcohol consumption.

Researchers analyzed data from 36,370 adults in England and Scotland who had participated in the government's annual health survey, which had respondents answer questions regarding weekly alcohol consumption and exercise.

University of Liverpool Professor Matt Field elaborated on the results and said,

The relationship between drinking alcohol to excess and increased risk of death is significantly weaker in people who are physically active. Therefore, it appears that physical activity may partially offset some of the harmful effects of drinking, particularly alcohol-attributable cancers.

Just in case you didn't know, alcohol is a leading cause of early death. Between 2006 and 2010, alcohol shortened the lives of those who drank regularly by 30 years, the Centers for Disease Control and Prevention reports.

However, exercise can help reduce the risk of shaving off that many years of your life, as well as the risk of cancer and heart disease.

How? Well, sweating for at least five hours a week counteracts what alcohol does to the body, like inflammation of the cells and the increase of hormone levels, which can trigger various illnesses and cancer.

We can drink to that.

Five hours, people. That's less than the time it takes to watch all eight episodes of "Stranger Things."

So, this is great news, but don't take this as an excuse to guzzle as many beers as you can this weekend if you promise yourself you'll work out after. Alcohol in large quantities is straight-up harmful to your body in the long term.

Whether you drink or not, exercise is good for you. If you're not really into sweating, consider that sitting too much and overall having a sedentary lifestyle is linked to cancer, heart disease and stroke.

I'll take the sweating over a higher risk of heart disease any day.

Citations: How exercise undoes the harm from drinking: Adults who booze regularly but exercise for five hours a week are no more likely to die than teetotallers  (Daily Mail)