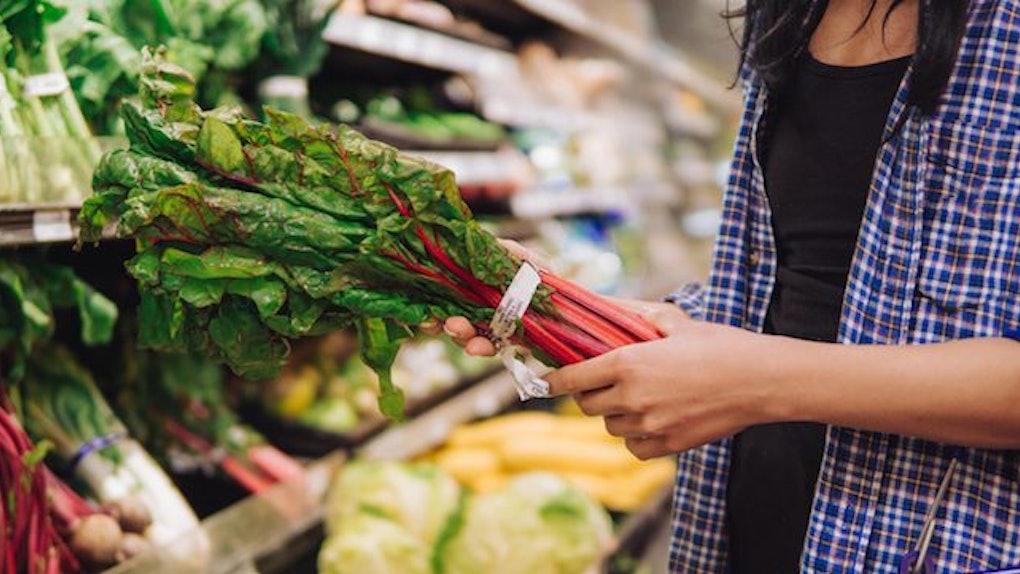 What I Learned From Going Vegan For 2 Years

I used to be judgmental of vegetarians and vegans.

I had a friend back in middle school who was vegetarian and all I saw her eat was pasta and protein bars. How could she give up on all the meaty goodness? I couldn't understand it.

Plus, most of my vegan friends over the years were animal lovers. So, I thought in order to be vegetarian or vegan, I had to want to save all animals all over the world.

But one day, I came across an Eastern nutrition concept called "Food Energetics," and I was hooked. The basic concept is that all foods are made up of energies, and the best way to rebalance your body is to combine foods for energy balance with the least amount of stress.

(That might sound pretty woo-woo, but I lost 40 pounds and haven't had weight issues, since. So, don't knock it 'til you've tried it. )

Anyway, when I was learning about Food Energetics, I decided to try a meatless diet because animal products can take a much longer time for the body to digest compared to plant-based options.

If you have any kind of digestive issues like constipation (which means your system is backed up), then the last thing you want to do is to eat foods that take a long time to process.

And I was surprised to discover that going vegan wasn't so hard, at all. Here are some of the thoughts and discoveries I had over my two  years of being vegan, plus why I eventually quit.

1) I didn't realize there are so many food options when you're vegan.

If you're the kind of person who has eggs for breakfast, a sandwich with cold-cuts for lunch and meat for dinner, then cutting out animal products can feel like you're cutting out every possible food you know.

I remember thinking not having turkey in my turkey and lettuce sandwich would mean that I'd just have, well, a lettuce sandwich. And the last thing I wanted to feel was that something was missing.

But there are a lot of foods I hadn't explored before being vegan, and I grew to love them. Here are some examples:

2) I didn't think I would ever be full enough, but I was beyond full.

Another fear I had about being vegan was that I'd never be full enough. All I could think about was how unfulfilling boring salads were, and how they'd leave me hungry afterward. I didn't know what I could possibly eat in a vegan diet that would keep me full.

But as mentioned above, once I started adding in whole grains, beans, mylks and root vegetables, my meals started to really bulk up in fiber and volume.

And the best part was that I could eat a hearty meal and not feel gross afterward, like how I used to when I'd have a big steak. I felt really full, but then would feel hungry again another four hours or so later. There was never this feeling of overeating.

My body went through a dramatic change when I was doing veganism (in a way that's based on Food Energetics). I lost 40 pounds, felt a bounty of energy and felt lighter in spirit.

I was excited every day about exploring new foods, whereas I used to be scared of trying anything new back when I wanted to lose weight but was not vegan.

But after a couple years, I started to crave animal products again. And for several months, I was scared to death to touch animal products, mainly because I had spent so much time reading about the benefits of veganism that I was convinced animal products were horrible for our bodies.

But the thing is, all diets can be argued positively or negatively. And our bodies are constantly going through changes, which means what serves you now might not serve you in years to come, and that's OK.

We have to learn how to respond well to what our bodies need, and a big part of that is to stop thinking and start feeling.

So, little by little, I started to eat animal products again, and I felt really good about it.

4) Veganism is a great way to reset the body (you don't have to do it, forever).

Now, I eat a variety of everything. I'm so glad food energetics and veganism opened up my world to the possibilities of so many other foods and cuisines. I follow what my body needs, and sometimes that's a juicy steak, but other times it's a vegan day.

I like to think of a whole foods vegan diet as a great way to reset our bodies. It's a chance to get our digestive systems flowing properly, gain nutrients from easy to digest plants, lower inflammation and feel refreshed.

But if you're main motivation to be vegan has nothing to do with saving animals, then I don't think you have to do it all the time if your body is telling you otherwise. Use it as a tool to find what works best for your body, and adjust accordingly.