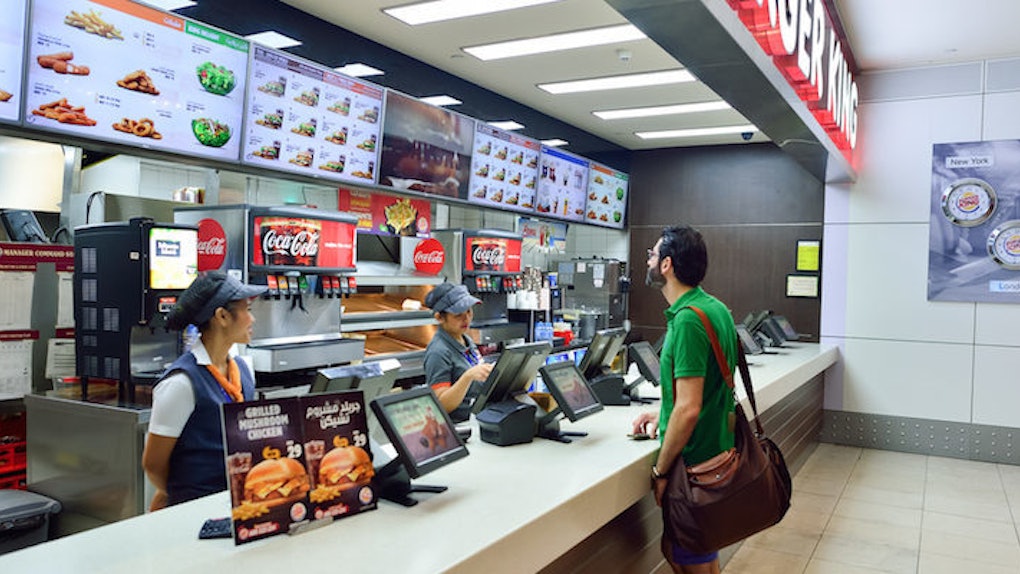 With E. coli outbreaks at Chipotle taking over the news, we understand if you're a little bummed out.

After all, Chipotle is delicious.

It's even kind of healthy, and nutritionists swear by it.

Although the vast majority of restaurant food available is unhealthy and processed, with little to no nutritional value, most restaurants have options available that will keep your diet in check.

Here are eight of them:

Avoid the carbs and throw the bread away by trying the Chopped Chicken Salad from Subway.

With only 220 calories and 36 grams of protein, this is the perfect meal for lunchtime.

Filled with lean meat and an assortment of veggies, you can't go wrong with this one.

We all know the documentary "Super Size Me" came out well over a decade ago, documenting all the negative side effects from eating at McDonald's.

However, the Egg White Delight is one option you won't go wrong with.

With only 250 calories and only 8 grams of fat, you'll be loving it.

This sandwich is finger-lickin' good, not to mention the fact it contains only 370 calories and 3.5 grams of fat.

You won't feel guilty after eating a couple of these bad boys.

Put the extra crispy chicken down, and stick to this healthy replacement.

Your waist will thank you later.

When you think of Taco Bell, your probably think of cheesy, ooey-gooey, late-night, "I'll regret this in the morning" feelings.

Don't fear; Taco Bell can be consumed in a sober state as well.

The Grilled Steak Taco has only 200 calories and contains 10 grams of fat.

I know you're thinking, "A cheeseburger? Really?"

Although burgers tend to get a bad rap in some circles, the standard cheeseburger from the King himself contains only 270 calories and 12 grams of fat.

You won't be feeling guilty after downing one of these bad boys.

There is absolutely no way healthy food can be found at a Louisiana fried chicken restaurant, right?

The Blackened Tenders from Popeye's have only 170 calories and 2 grams of fat, and they taste about a thousand times better than that dry chicken breast you cooked at home last week.

Forget the mashed potatoes and gravy.

This is the only lunch item you will ever need.

If you're looking for an option that is both filling and low in calories, look no further.

With 350 calories and a whopping 33 grams of protein, this is perfect for those times when you're in a rush.

Just lay off the Frosty for dessert.

Typically, Jack In The Box is known as the go-to stop for stoners at 2 am after a long session of getting baked and watching "South Park."

Don't be alarmed, but it also has non-stoner food in its repertoire as well.

The Chicken Fajita Pita has only 350 calories, and it's loaded with enough chicken and veggies to meet the needs of any diet.

Eating healthy doesn't mean packing all your food into tiny tupperware containers and carrying them with you everywhere you go.

You can still eat out with your family or SO by making the right decisions about what you put into your body.

Stay informed about food choices, and you will be able to eat out at virtually any popular fast food chain.

Your body will thank us later.