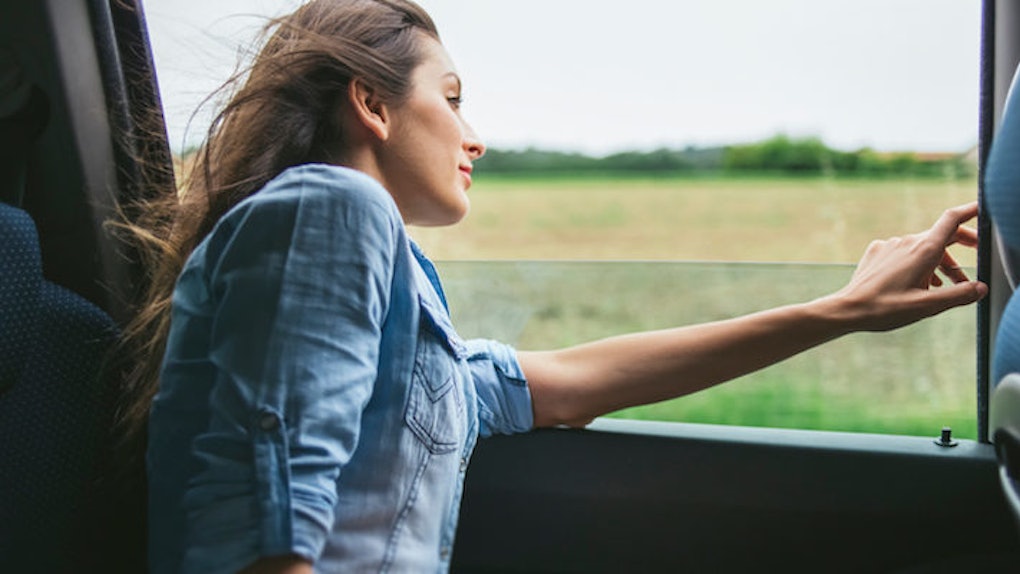 The world is a book and although you want to finish the book, sometimes you can't read every page. Hence, why you should be selective in which pages you choose to read. Or, where you are traveling.

Why should you be selective? Because just like the surroundings that you were brought up in influenced your behavior, the places you visit and the things you see will too.

The cities and villages you step foot in may be vastly different than their neighboring counterparts and each will hold a different experience.

I lived in India for most of my life but it's when you leave a country and go somewhere else that the differences become clear.

I learned, through traveling, that the distinction amongst the classes is clearly visible. There's filth-- cattle roaming the streets and people worshipping them. There are politicians making controversial statements that irk people a world over.

There's also humility and people who work hard to make ends meet. Even though it's the second most populous country in the world, there's hospitality beyond your imagination. People willing to share a single chapati even if that's all they have.

The vastness of the country still amazes me. There are deserts and snow capped mountains in the North and the backwaters and the vast sea in the South.

And while some may choose this country because they think it's cheap, it teaches you how to adjust; to keep your expectations low and yet be surprised, how grateful you should be if you come from a developed country.

I did not choose to be born in India but living there or traveling there will show you how fortunate you are in many ways and how to appreciate what you have been given.

I visited Morocco because flights were cheaper than South Africa. But I was wrong to assume I was going to experience Africa. I was also wrong when I thought all countries with a majority of the population practicing Islam were strict. Morocco is one of the most liberal and accommodating.

Even though I come from India, Marrakesh was an overwhelming experience. I was told that since I wasn't a native, I would be charged more for goods. However, not everyone was out to make a profit. Some still stated the same price irrespective of locals or foreigners.

I visited Jemma el Fna, a part of the World Heritage site Marrakesh. I wish I'd skipped it: the animals were mistreated in the centre just for people to take "selfies" and I was chased by a snake charmer. It proved not everything can be called cultural nor enjoyable.

In the villages, I saw many youngsters traveling for miles because schools were shared between cities. Yet many stood by the road staring into oblivion. They were happy no matter what they chose - an education or household chores.

Visiting Morocco showed me that many people do not even have access to a phone and are disconnected with the world. People go day-to-day passing time and working through daily chores, yet they're happy and at peace. It is a country full of history and people that are kind in all aspects of life, even when they can have very little.

A work opportunity brought me to England. The warning I would give to visitors? There is an excess of "thank yous" and "please." It taught me that you can be polite in tough situations. Refreshingly, people didn't jostle to get into the public transport and queue's were given due importance.

Office times were strictly adhered to and personal space was not to be invaded. These may seem trivial but coming from a chaotic country you tend to notice such details.

Certain things were meant to be taken lightly while others were not to be let off easily. Over time, I also learned the nuances of sarcasm.

Pub culture was a thing and the drinking capacity of many took me by surprise.

Choosing England taught me to pay attention to detail. It also showed me that not all Western countries are super clean and neither are all people cold. Getting rid of your woes is as easy as a drink in the local pub, as long as you are ready to face it with newfound enthusiasm the next day.

Norway was one of the most expensive selections I made, and I don't regret it a bit. I wanted to see the Northern Lights and I did.

Scandinavian countries are infamous for being expensive, but when you get around and have a chat you realize it's not just expensive for tourists, but for everybody living there too.

You receive payback for the money you spend though. The diversity and landscapes are stunning, unlike any you may ever see. The authorities also invest a large sum to ensuring it stays that way. Ecotourism is highly advocated.

The people are warm. I was told by a local that the long winters foster friendliness and affection amongst people.

Choosing Norway taught me that people may not be interested in small talk but that does not mean they're not kind. I needed to spend money when I could and that it would be worthwhile if I did. I may never know where the money ends but I can always hope the money I invest in travel helps a good cause.

If you're stepping out to explore the world for the very first time, choose carefully. Each country holds a different culture, a different population with different traits and a different environment. Some of the countries in Asia may be difficult to adjust to and may be overpowering if you plan on exploring them.

Over time, travel will teach you to challenge yourself, to step out of your boundaries and to realize that it is a very enriching experience to do so.

Select a laid back country to gather your thoughts when it all seems too much to take in. When terrorism does not deter you and the media does not cloud your thoughts, you know you've learned to choose well.