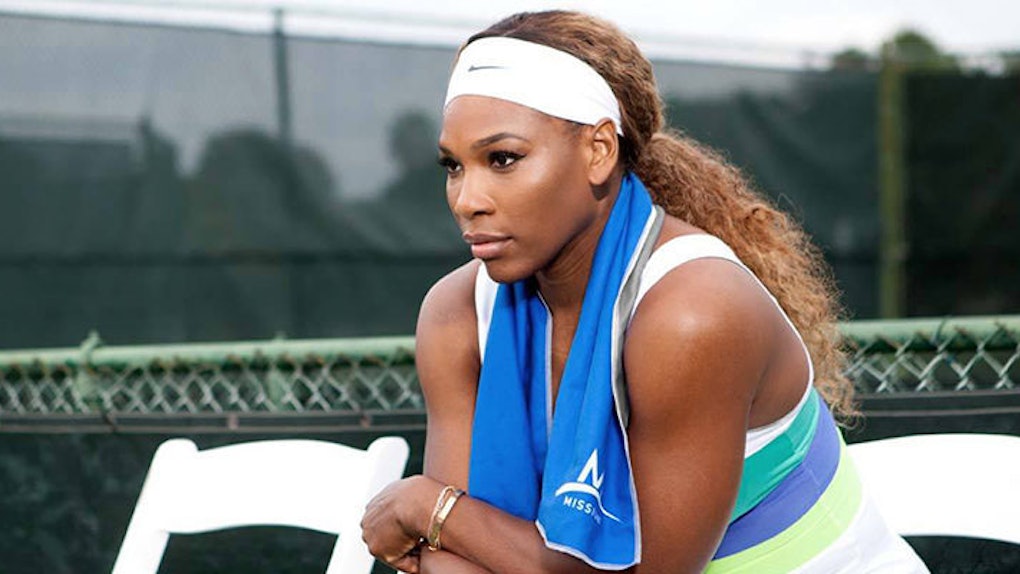 Serena Williams Is The Most Important Sports Icon Of Our Generation

This past weekend, we saw Serena Williams further solidify her status as the greatest female tennis player of all time when she beat Garbine Muguruza of Spain 6–4, 6–4 to win her sixth Wimbledon title.

Yes, we have Tiger Woods and the LeBron James, who may get more press than Williams, but Williams absolutely obliterates them when it comes to dominating her sport.

As we stated before, Williams has 21 Grand Slams. The rest of the women's tennis tour combined has a total of 21 Grand Slams, too. So, Serena has just as many Grand Slams as every other active female tennis player combined.

She's won over $72 million in prize money, and that doesn't include the money she receives from her huge endorsements with Gatorade, Nike, Beats by Dre, Audemars Piguet, Pepsi and more.

Not to mention, Williams has won Olympic gold four times in the past decade. This woman has it all!

Aside from her mind-boggling accomplishments on the tennis court, she’s the only American tennis player who's inspired an entire generation of young girls (and boys) to get involved in a sport they probably would have never dreamed of playing.

Williams has also done more for our generation aside from being a sports and pop culture icon. She has her own clothing line, and we regularly see her on HSN showing off her business smarts. Speaking of business smarts, she's also a part-owner of the Miami Dolphins.

Williams even has her own school in Africa, The Serena Williams Secondary School in Kenya.

Young women growing up in Compton, CA don’t typically aspire to be world-class athletes, let alone tennis legends. But, thanks to their father, Serena and sister Venus have defied all odds and proven to us that anything is possible.

Richard Williams’s goal for his daughters was to show them a new world, one where they could strive for excellence. And he did just that.

Williams's ability to overcome adversity on and off the court further separates her from her contemporaries. Faced with racism and sexism, Serena's perseverance is what turns her from a tennis icon to The Tennis Icon.