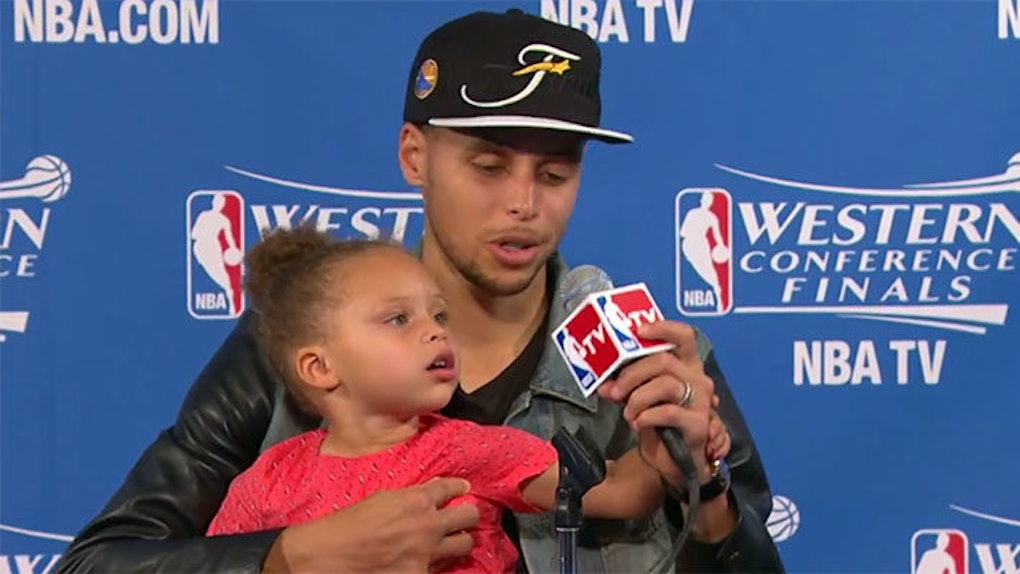 With 40 years having passed since the franchise's last NBA Finals appearance, the Golden State Warriors definitely had cause for celebration last night.

The Western Conference finals series-clinching win over the Houston Rockets punctuated the Warriors' rise to national stardom, and no one reveled in the spotlight more than Curry, the real MVP.

Oh, Stephen might have won the actual award, but there's no doubt right now he is America's second-favorite person with the last name Curry.

After her father scored 26 points in a help seal the Warriors' place in the NBA Finals, 2-year-old Riley stole the show.

The girl is simply too much, and she has everyone on the Internet raving about her with comments that usually amount to something along the lines of, "I just can't."

And it's easy to see why:

From the moment the celebrations began, Riley was feeling herself.

"Hard to be humble when you stuntin on a Jumbotron." -Riley Curry pic.twitter.com/OhFWe7OSP6 — champagnekhaki (@doylenoir) May 28, 2015

She even did her dad's signature celebration better than he could.

At the podium, the hide-and-go-seek game was on fleek.

And it's clear this is her version of "Hold up, hold my earrings."

You know she didn't leave the building without giving the Internet good meme material.

But her singing performance might have best summed up her night.

We know, Riley. We know. Life is pretty good when you're twins with this guy.

Check out her adorable performance below.