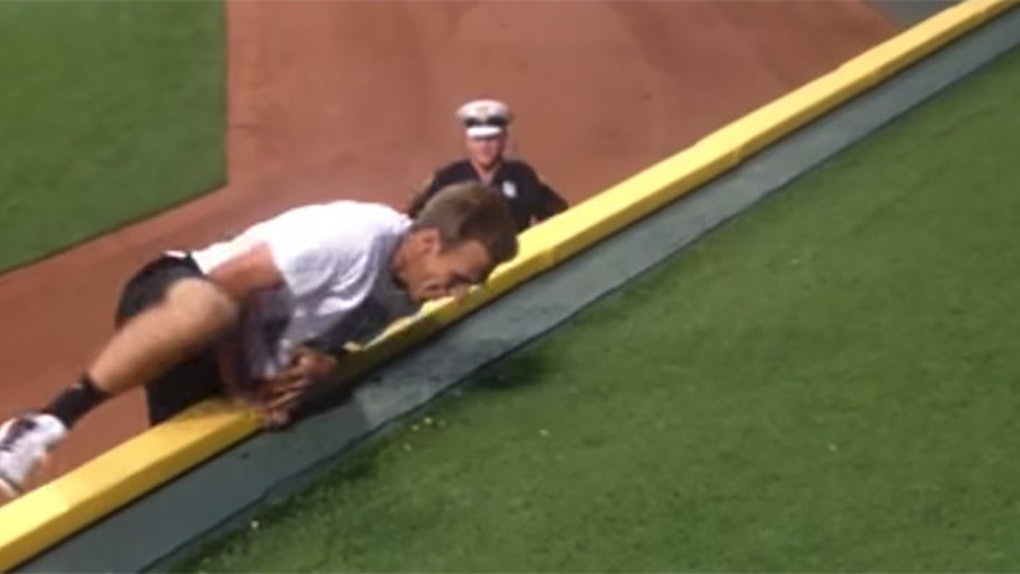 There's no way around it, this guy is a LEGEND.

Justin Buchanan, 19, pulled off the most incredible field invasion last night, taking a selfie video as he ran through a Cincinnati Reds game -- while managing to escape all security.

He since made his account private and deleted the footage.

This being the Internet, though, someone else obviously got a copy of his sprint through the Great American Ball Park, and it is hilarious.

And here's a view of Buchanan shot by one of the fans on the first-base side of the stadium.

Another fan caught a pretty good video of Buchanan, who made sure to throw his phone over the wall before jumping it himself (because priorities).

After jumping the wall, Buchanan ran out of the stadium and went home, riding off into the sunset like a true hero would.