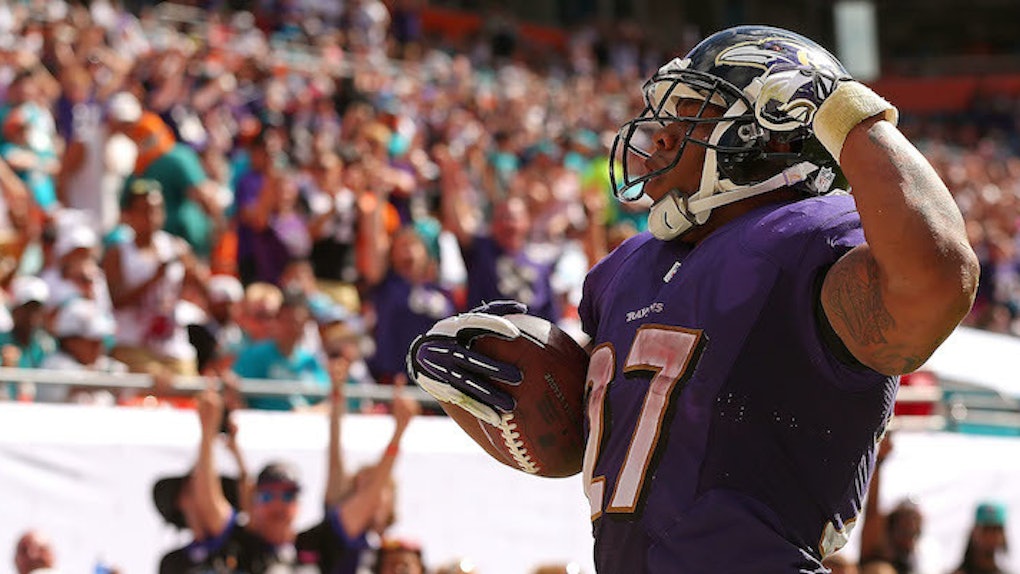 The former Baltimore Ravens star recently completed a pretrial intervention program, a program he applied for last year in order to avoid jail time for allegedly knocking out his now-wife. As a result, the domestic charges against him were dismissed.

The dismissal of the charges against Rice is a positive step in the Super Bowl winner's efforts toward redemption and fully reestablishing himself in the league.

Because of the charges, Rice received an indefinite suspension from NFL Commissioner Roger Goodell, and his $35 million contract with the Ravens was terminated. Now, he will presumably turn his attention to free agency as he searches for a chance to play with another team.

It remains to be seen if the completion of this program aids the 28-year-old in accomplishing that.