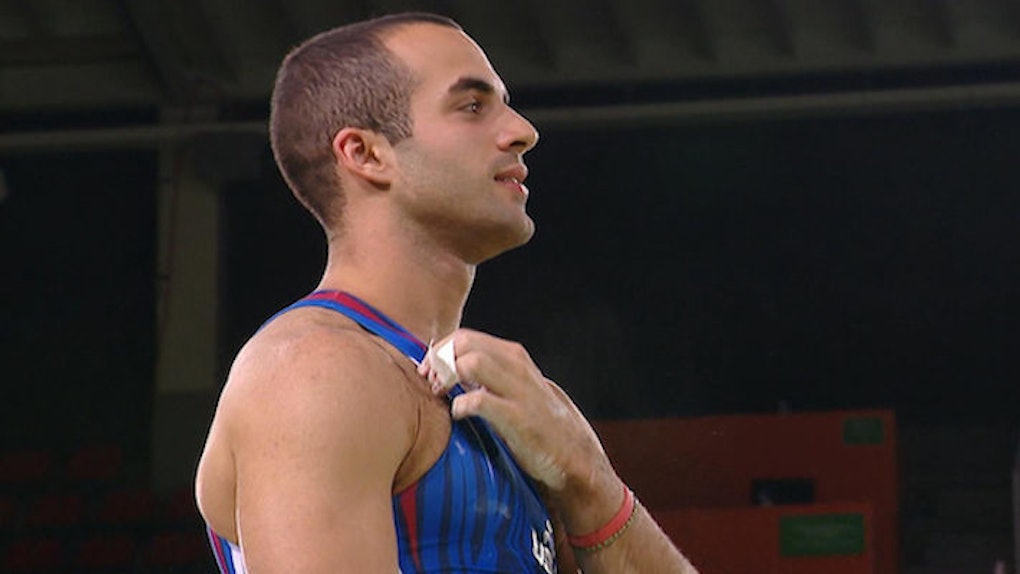 This one's strictly for the ladies.

Olympic gymnast Danell Leyva was in the process of showing off his expert gymnastics routine at the Olympics in Rio when he decided to put on a bit of a show for the crowd.

No, it doesn't involve tuck jumps, handstands, dive rolls or even "The Dab." Let's just say this is Danell Leyva's secret weapon to beat the competition.

The 24-year-old gymnast decided to strip down mid-routine and reveal the results of a high-performance fitness routine.

Something tells me this dude's been hanging out with Zac Efron.

By the way, if you have ever wanted to see people thirst over a gymnast like a pack of rabid wolves, just take a peek into the comments section of this video on YouTube. I mean, damn. Have you people NEVER seen abs before?

Regardless, Leyva loves the reaction from the crowd. After all, no one forced him to put on a strip show on the parallel bars... or did they?

The look on his face says he just knows what the people want. No harm, no foul.