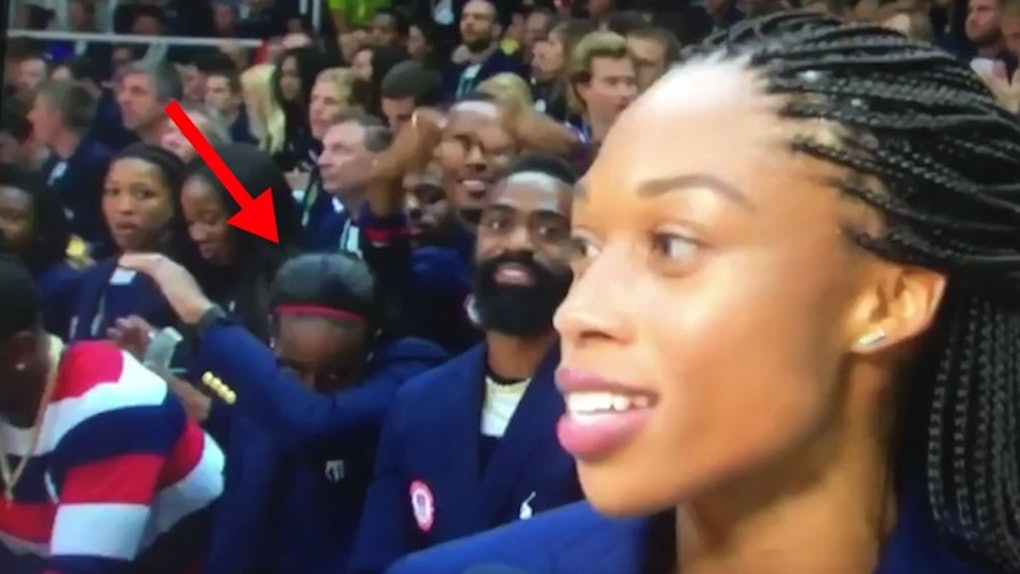 Olympic Athletes From Around The World Unite Around One Thing: The Dab

After Gisele Bündchen kicked off the 2016 Olympic Games in Rio, there was only one thing left to do other than compete for the gold -- and it was to hit the "Dab."

You know, the life-changing dance EVERY athlete, newscaster and creature with a pulse has been doing for the last two years.

It turns out a few Olympic athletes (and event staff) were patiently waiting to arrive at the Rio Olympics to show off their impressive dance moves with the world watching.

The dabbing festivities started off quickly.

At that point, I thought we had seen all of the "dabbing" the Olympics had to offer.

I mean, this is a serious event. But man, was I WRONG. An athlete representing Djibouti just HAD to hit the dab one time.

I knew there had to be at least ONE MORE dabber out of the bunch. I was right.

During the opening ceremony (great job, Gisele) one of the cyclists on the bike representing Grenada showed off his dab.

Ladies and gentlemen, I'm afraid this is event is no longer "the Olympics." This is the World-Class Dabbing Championships (or at least it should be).

Keep an eye out for more dabbing athletes out there as they compete for the gold. You just never know when they'll show off those moves...

Citations: It's 2016, so of course everyone is dabbing at the Rio Olympics (Mashable)