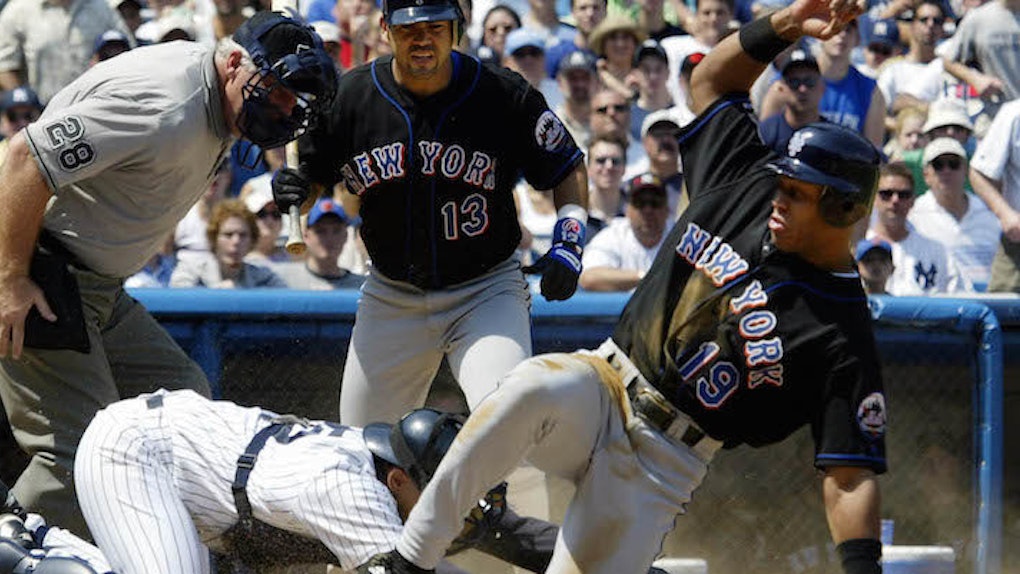 The Big Apple has a pair of brothers. Loved by many, hated by more, these brothers share a special love-hate bond only New Yorkers understand.

The siblings I speak of are what you could call brothers from another borough. The histories of their franchises are unrivaled and mesh perfectly within the relentless lifestyle New York City demands.

Deemed the "big brother" with 27 World Series titles, the Bronx Bombers are an easy target for Mets fans to hate. The franchise never really had any significant struggling periods, with championship-winning dynasties, endless monetary funds and some of the greatest players to ever take the field.

On the contrary, the Mets broke into the league back in 1962 as an expansion team, claimed their first title seven years later and were crowned champions once again in 1986. Since then, it's been an uphill climb for the Amazin's, as they are just now getting back to a consistent level of competing.

For decades, the world of sports has witnessed historic heavyweight battles between these two. Memories of the rage-filled incidents during the 2000 season between Yankees pitcher Roger Clemens and hall of famer Mike Piazza come to mind.

Then there's the unusual walk-off win that second basemen Luis Castillo and the Mets literally dropped in the Yankees' laps back in 2009, when Alex Rodriguez hit a sky-high pop-up the veteran infielder could not handle.

The crosstown rivalry the Yankees and Mets share is unlike any other, and when the Subway Series rolls around every summer, their fans are reenergized despite the current state of their beloved teams.

They take pride in wearing their pinstripes or orange and blue to Yankee Stadium and Citi Field. And if they come out on top, they have no trouble letting the whole city know who runs the show that season.

Monday night at Citi Field marks the beginning of this year's Subway Series. But this time around, both teams are in the midst of uncertainty, lost without answers to season-long struggles that have placed them in uncharted waters.

The Yankees, currently a mediocre team at best, have not been able to compete consistently enough to contend for a spot in the playoffs come October. Within the last two weeks, the front office has made moves never before seen under the Steinbrenner family ownership. With more trades possibly on the way, the Yankees seemed to have ultimately pulled the plug on the season.

In Flushing, the Mets, who came into this season hungry to repeat what they did last year by surprising many with a second-half run making it all the way to the World Series, have looked sharp at times but embarrassingly flat other times. Unable to hit with runners in scoring position, they've seen themselves rapidly fade out of contention for the second wildcard spot.

Legends that once made this series a must-watch are now gone, as well. David Wright and Matt Harvey won't play another out this season due to injury. Derek Jeter and Mariano Rivera are somewhere far from baseball enjoying retirement. Alex Rodriguez most likely will only see the field from the bench.

New York baseball is in a state of limbo right now. A city accustomed to greatness sees none in sight.

That's why come Monday night New York will be buzzing again. Trust me, I know it's going to be a tough pill for some to swallow when the Yankees don't make the playoffs, but, hey, if they win this series and it means I get to brag to my friends who love the Mets, then that's enough for me.

We the fans need something to root for, and that's the reason we need the Subway Series.