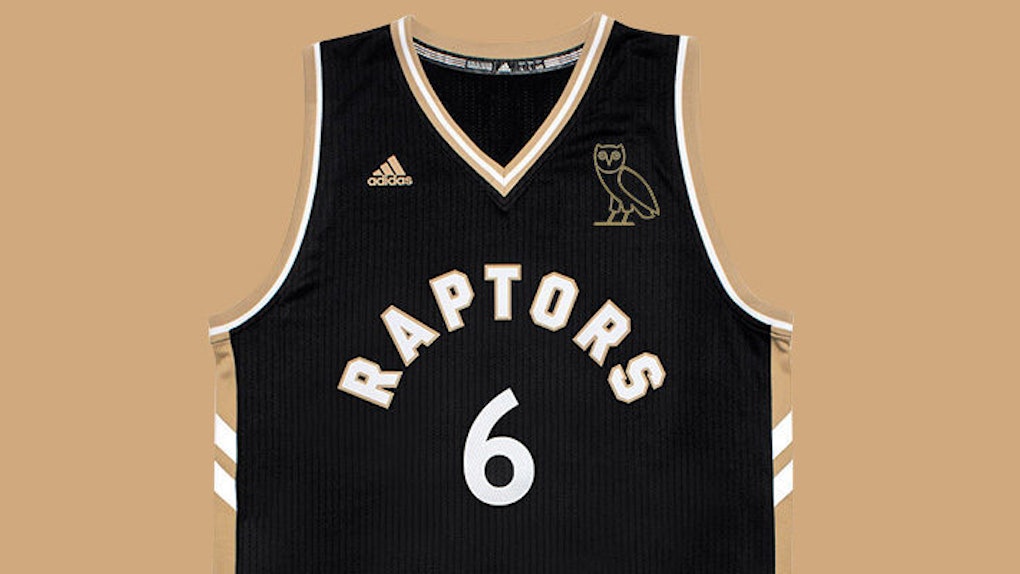 The Perfect Companies For Each NBA Teams' New Jerseys

In April, the NBA Board of Governors approved the selling of ad space on NBA jerseys.

For a three-year period, beginning with the 2017-18 season, teams can feature corporate logos on their jerseys, similar to the sponsorships seen on soccer uniforms.

The difference, however, is the ads won't be as large. The NBA approved 2.5-inch-by-2.5.-inch logos that can be displayed on the shoulders of jerseys.

According to reports, the Philadelphia 76ers just became the first team in the league to officially sell ad space on a jersey. At the beginning of the 2017-18 NBA season, the Sixers will reportedly have the StubHub logo on each player's jersey.

Reports suggest the deal between the Sixers and StubHub is for three years at $5 million per.

Having the 76ers rep StubHub is all well and good, but we came up with a more appropriate sponsor match for Philly, and every other team for that matter.

Here are the companies we think perfectly match each NBA team.

The perfect place to take your broads in Atlanta.

Because every Mass-hole needs a healthy bowl of chowdah.

Jay Z can definitely make this happen. Plus, nothing says Brooklyn like RNS.

Let's be real: Would Michael Jordan allow them to wear anything else?

Because that deep dish pizza is something serious.

After all, Twitter fingers always come in handy when you need to motivate your teammates.

If you're in Colorado, you know you're going to have the munchies.

They're both money from long distance.

They're from Houston, they're called the Rockets and, against the Warriors, they definitely have a problem.

If you've been to Indianapolis, you know this is the only option.

I mean, have you seen State Farm's commercials?

Because just when you think you aren't being watched...

Did you even visit Miami if you didn't Instagram a Fat Tuesday bottle?

Milwaukee is the beer capital of the United States, so this is a no-brainer.

They have four players who were born after 1995. They're the real "Rugrats."

Despite their sh*tty performances, New Yorkers begrudgingly flock to both.

The team and the weather are equally unpredictable.

It's the Magic Kingdom, obviously.

They're always in the tank.

If you're in Arizona, you need a fresh pair of sunnies.

All the coffee-drinking, bike-riding hipsters should approve.

For all the soon-to-be retirees.

Utah's Aussies will appreciate this.