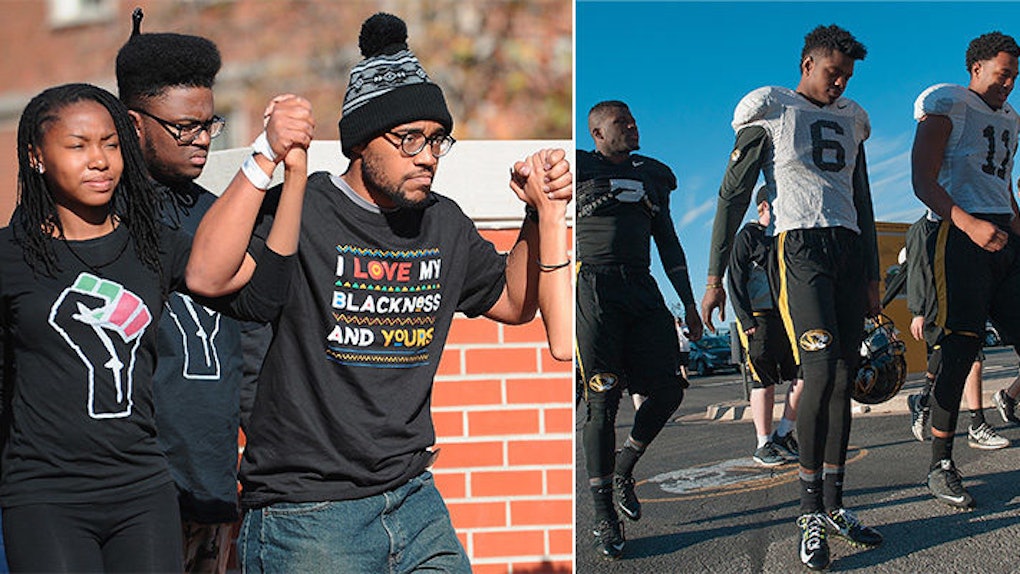 There's something special that comes with being a fan of good, thorough, academic writing.

This fandom demands you respect every solidly constructed argument, regardless of whether or not you agree with its thesis.

It also demands one's own argument not hide from the opposing view.

On the contrary: Academic writing requires that the opposing view be fully and fairly acknowledged, and only then be promptly crushed.

Journalistic writing and the many other forms seen across digital media can be a whole different animal, granted.

But at times like these, when a national debate rages, it's difficult not to wish these forms took on the image of academic writing.

Academic writing is not only bound by its commitment to fairness and accuracy, but it also sets a high standard for what it takes to prove a point.

Reaching that standard requires a counter argument be surgically dissected. Academic writing, in this way, does its best to get it right on the most important subjects.

When the stakes are highest -- when it's time for media to inform the public in ways that are bound to influence how people regard their friends, neighbors, coworkers and classmates -- writing that takes on an academic style seems most appropriate.

So, after 32 black football players at the University of Missouri began to protest, the catalyst for the system president's resignation, you could imagine how disappointing it was to see so many media professionals go for the low-hanging fruit of a riveting angle.

The story, however, deserves the more difficult, but unquestionably more responsible, comprehensive analysis.

Like a basketball fan who adores the fundamentals of the games and abhors when players show all style and no substance, you might understand how borderline unbearable it was to see the recklessness with which the events at Mizzou were discussed.

There were writers rallying to allege a swastika being carved out of feces never happened -- that is, until police reports confirmed it did.

There were writers who lamented the "wussification" of America. There was another claiming the protesters wanted to "overthrow our constitutional republic" along with more attacking the students' lack of thick skin.

Of course, with the impact Missouri's football team had on the narrative, two of the nation's most popular sportswriters weighed in.

As if going out of his way to show why he failed spectacularly as the head of ESPN's forthcoming site on race and sports, Jason Whitlock provided his commentary.

A piece that couldn't wait 'til even the second word of its lead sentence before mentioning Chicago -- a city that is becoming increasingly handy as a tool to throw in the faces of any group of black people taking a stand against a problem anywhere else -- followed by another take that labeled the student protesters the "bastard children of Al Sharpton."

Whitlock's Fox Sports colleague Clay Travis went on a sensationalist rant claiming the protests are a "manufactured sham" and slammed students for spreading "lies" about black people being threatened on campus, despite the fact that police subsequently arrested two men for threatening black people on campus.

But enough about the near-endless inadequacies of his opinions, business is booming.

Props to you guys, by the way, for sharing Outkick's Mizzou articles. Millions have read them. Insane site traffic this week. — Clay Travis (@ClayTravisBGID) November 13, 2015

While all these writers crafted their hot takes under the guise of serious analysis, they negligently avoided the most significant, fundamental and obvious question that any serious analyst would ask:

What, exactly, is this systematically racist campus culture that these protesters and other students around the country insist exists?

It's not like answers to a question like that are hard to find, either. The Washington Post has written on how campus racism makes minorities more likely to drop out.

The New York Times has waded in with numerous stories. Vox has done the same.

The premise for the opposing argument is there in plain sight and easily accessible, even for those who look to demolish it. All critics would need is the decency to at least acknowledge it.

Further, the fact that the mere possibility of there being something to that argument has been willfully ignored is a large part of why a group like Concerned Student 1950 even exists.

Whether you agree their gripe is valid or not, students at the University of Missouri, and the many other students like them at universities across America who have shown vocal support, are tired of not being heard when they say an impossible-to-ignore problem is plaguing their own campus.

So, for the most cynical of cynical skeptics, in the interest of fairness, here's one suggestion:

You've focused on the idea that the swastika story could be false.

You've focused on their need to "toughen up."

You've focused on criticizing the most visible student protester for being a rich man as he protests how he is treated as a black man.

You've focused on the idea that Obamacare is to blame for the unrest at the university.

You've focused on the idea that "liberal academics" has manipulated the protesters, despite those same students staring at you through the television and telling you it is that very academic experience they are displeased with in the first place.

You've focused on whether the or not the football players would protest if their team were undefeated, as if a totally fictitious scenario is a more important subject than the reality before us.

You've entertained the idea that students are out there for no credible reason, as if protests are a fun endeavor done for sport.

You've wondered, with laughably naivety, how a school that elected a gay and black student as the head of its student body could have any racial problems, as if you don't live in a country that elected a black president.

You've put energy into criticizing protesters for bullying a student photographer, who has in turn asked you to put some of that energy on the subject you should have been focusing on all along.

I'm a little perturbed at being part of the story, so maybe let's focus some more reporting on systemic racism in higher ed institutions. — Tim Tai (@nonorganical) November 10, 2015

While some of the questions raised are more than fair, all have managed to distract from the biggest point of them all.

College students across America, who have done everything society asks of them so far, have taken a walk around their college campuses, some passing monuments of former slave masters along the way, and have told you there is an overarching problem at universities.

The least you can do is actually listen to them first, even if only to make your own argument credible.

Or, you can just not, which proves their point for them: You don't really give a damn about them, anyway.

Just don't get mad if anyone sees through that and calls you out for it.