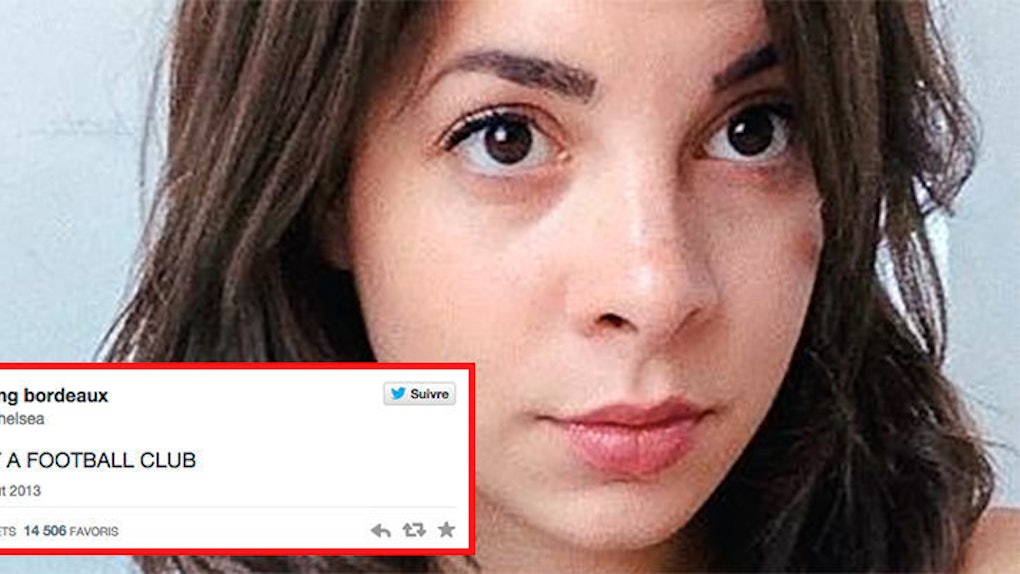 This is Chelsea LaSalle.

This is Chelsea Football Club.

Chelsea (LaSalle) gets mentioned on Twitter all the time by people who think they're actually connecting with London's Chelsea Football Club.

Instead, those fans' tweets go to a photographer thousands of miles away from England.

The confusion is understandable though. The San Francisco-based photographer says she was able to get her @Chelsea handle in 2008 through a friend working at Twitter.

That was long before Chelsea Football Club arrived on the social network in March 2009.

I didn't even think about it at the time. I knew some people would mention me thinking they tagged their friends if they didn't really know how to use Twitter, but I didn't expect a crazy influx of football fans.

Despite the fact she's gotten offers to sell her handle, LaSalle says she has no plans of giving it up. That means she can expect more of the 50 to 100 tweets per minute she told BuzzFeed she receives when Chelsea FC is playing.

And God only knows what will happen if and when Chelsea FC actually win the title.

The club is currently six points ahead of its nearest competition with two months left in the Premier League season, which means fans could be in for more than a few celebratory tweets.

Good thing LaSalle learned to live with it all.

Citations: San Fran Woman with Twitter Handle @Chelsea Getting up to 100 Tweets a Minute (Bleacher Report )