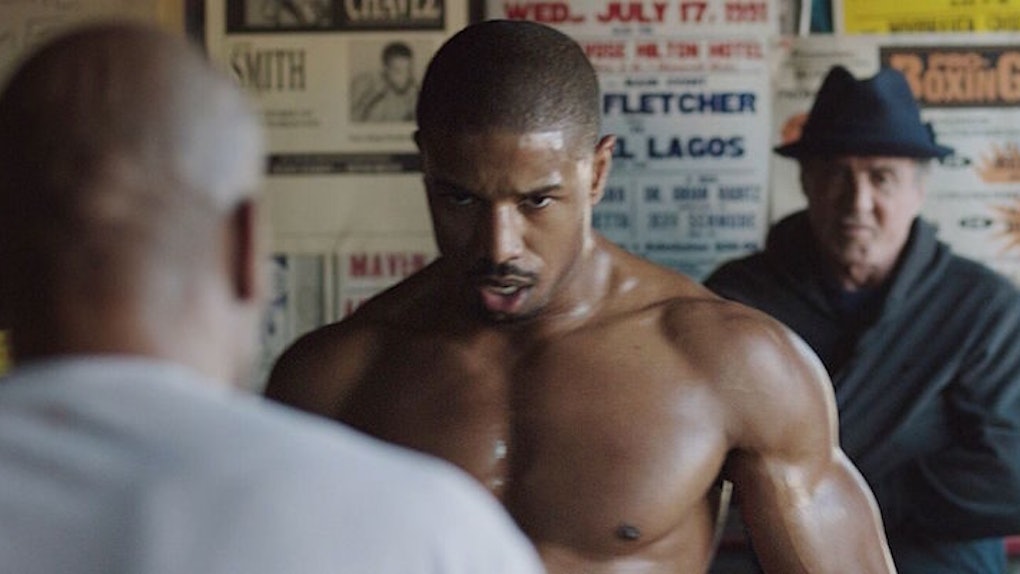 The iconic "Rocky" film franchise is getting a reboot with actor Michael B Jordan playing the role of Apollo Johnson's grandson, Adonis Johnson, in the spinoff movie called "Creed."

Much like Jake Gyllenhaal's regimen for "Southpaw," this required intense training and boxing, but with Sylvester Stallone molding Jordan both in the movie and in real life, the results should be epic.

Michael B Jordan is the 28-year-old actor who just starred in "Fruitvale Station" and will be playing Johnny Storm in the new "Fantastic Four."

He will also be reviving the "Rocky" franchise, nearly 40 years after the first film debuted in 1976, with "Creed."

His character, Adonis Johnson, plays the grandson of the legendary Apollo Johnson who rivaled Sylvester Stallone in the original "Rocky" movie.

But this time around, Stallone was on Jordan's side to make sure he got his body into the "Rocky" shape.

That included workouts as simple as clock push-ups.

And, of course, pushing at least 900 pounds on leg day.

Cardio and ropes are a big part of Michael B's regimen.

After a while, you could see the gains coming in.

That also meant training as a boxer every day in the gym.

And even training with young fighters like Amir Khan.

According to one of his co-stars, Michael B could actually throw the hands and fight if he needed to.

We might have to believe him on that one.

A big part of his transformation came when he was dieting to play The Human Torch in "Fantastic Four."

He told Popsugar, “Getting in shape is like 80 percent diet, so I eat every two to three hours, about six or seven times a day, depending on how late I'm up."

His eating routine includes "lots of high carbs in the morning and no carbs past 1 pm."

Pre-dinner: Shake. Dinner: Steak and another shake in the evening.

Eat all of that, and maybe you'll look like this one day. Maybe.