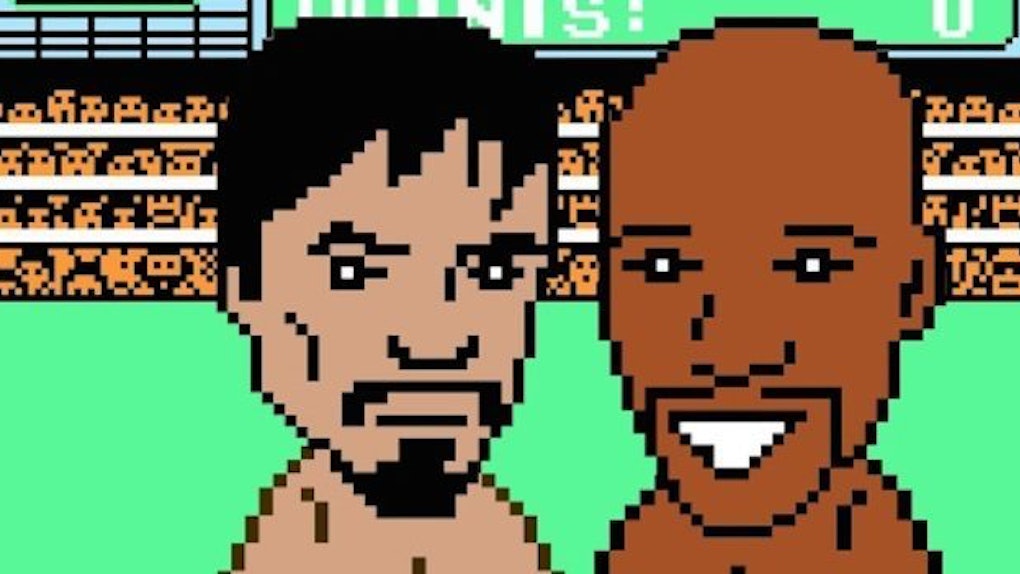 Saturday's “fight of the century” between Floyd Mayweather, Jr. and Manny Pacquiao didn't quite live up to the hype.

And by didn't quite, we mean that shit was a snoozefest, and we want our $100 back now.

There was little offense on display from both sides, Mayweather was deemed a unanimous victor and both dudes made more money than anyone should for a few hours' work.

Floyd may already have our money in the bank, but we can still enjoy the Internet's clowning of the fight.

The latest parody comes in the form of the classic NES game, Punch-Out.

Watch Mayweather “hug” his way to victory in the video above.

Citations: Hugs not punches win the day in Mayweather Punch out parody (Mashable )