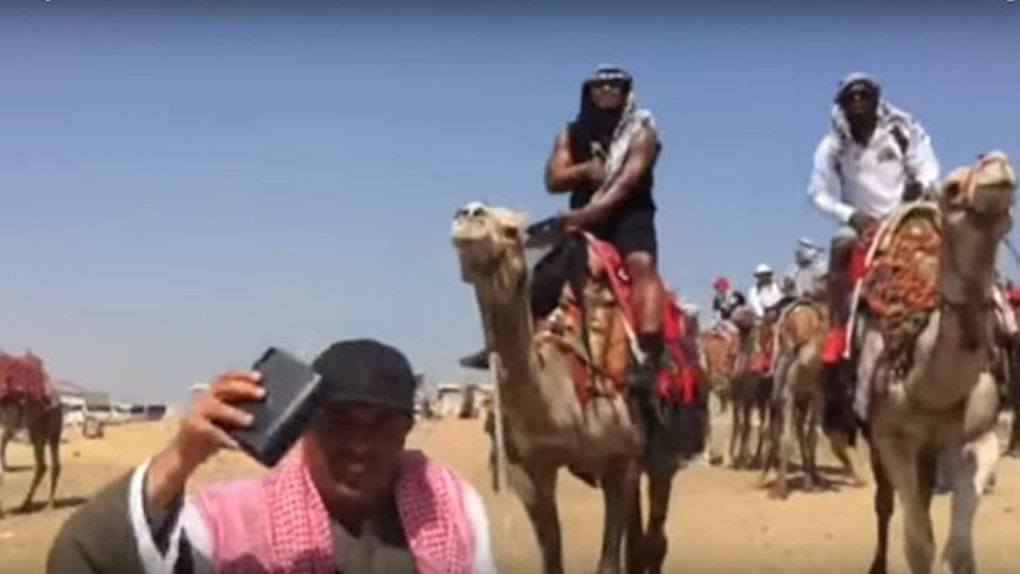 The news of Marshawn Lynch retiring from the NFL was heartbreaking for football fans. But he's made sure to stay relevant in our lives by doing amazing things like ghost riding camels in Egypt.

Beast Mode is in full relaxation mode after wrapping up nine years in the league, and now that he gets to do some unwinding, he's finally able to start crossing important things off that bucket list. A few of those actually involve a camel.

For those of you are unfamiliar with the term "ghost ride," Urban Dictionary explains,

While he wasn't dancing next to the camel like traditionally done with whips, Marshawn is still turning up and rapping on top of the damn animal, so he gets a pass from us.

Whatever Marshawn decides to do next, we just hope there's a camera crew to capture it. A Beast Mode reality show would be must-watch TV.