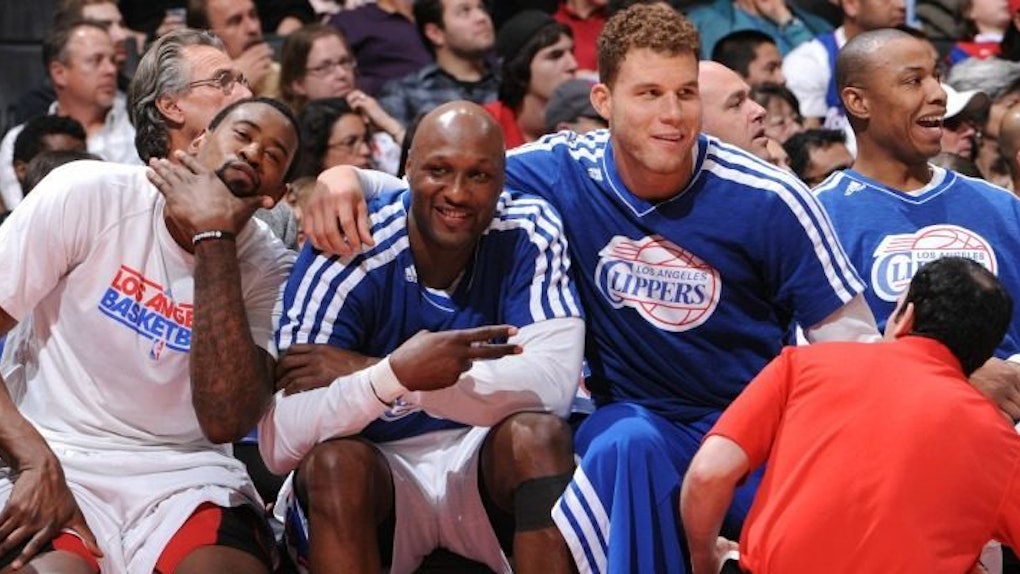 Yesterday, former NBA star Lamar Odom was rushed to a hospital after he was discovered unconscious in a Nevada brothel. Immediately after the news broke, NBA stars came out of the woodwork to tweet prayers and well wishes to Odom.

One former Lakers teammate, though, did far more than that.

Kobe Bryant left the Lakers' preseason game on Tuesday with an apparent leg injury, but once he got word of what happened to Odom, he reportedly didn't hesitate to go be with his friend in the hospital.

Lamar and Kobe won two championships as LA teammates, and the pair clearly struck a bond during their time together.

Crazy night. I'm told Lakers had 2 hour delay on their flight amid Lamar Odom's situation. Kobe and Mitch among those who visited him — Mark Medina (@MarkG_Medina) October 14, 2015

Our thoughts are with Lamar Odom and his family.