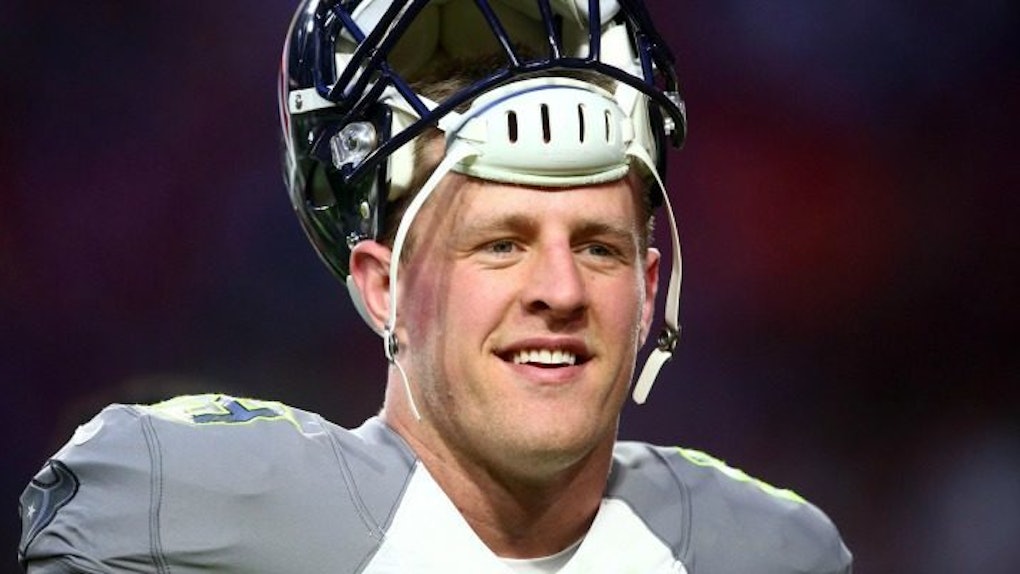 Well, it's official: JJ Watt does it all.

According to PEOPLE, the Houston Texan will co-host the 2016 CMT Music Awards. Watt will join returning co-host Erin Andrews as he takes the stage on June 8.

Having presented at the CMT Awards last year, I got a first-hand look at the energy and excitement of the event, and I am very excited to be involved in a much larger capacity this year as co-host. There are two things that I know about the people of Nashville... They love country music and they know how to throw a party. When you put those two things together, it makes for one heck of a night. I can't wait to host the awards with Erin and be part of such a great night, honoring the biggest stars in country music.

Yes, JJ, I'm sure it will be a "heck of a night," but I'm still not sure how I feel about it. Both country music and JJ are subjects pretty close to my heart, and I don't think I'm prepared for them to mix.

Are we going to see JJ pull out his famous (not-so-great) dance moves when Blake Shelton performs? Will we be forced to watch him awkwardly flirt with Kellie Pickler?

I'm not sure. But hey, at least we can count on one thing: JJ will definitely show up in a cowboy hat.