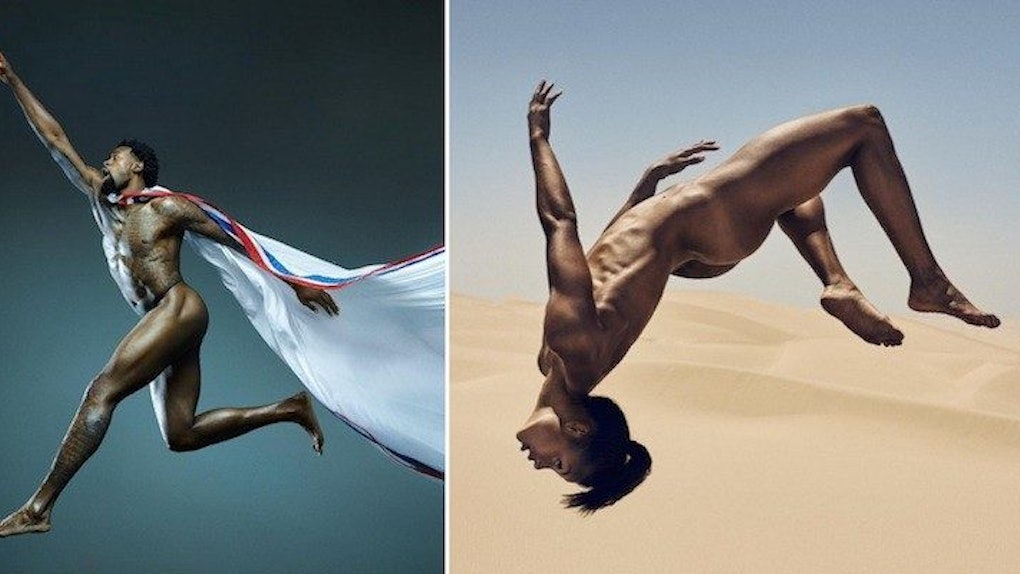 The ESPN Body Issue is always highly anticipated, serving as both a source of celebration and controversy.

This year is no different. After releasing images of 24 exposed athletes, honoring the athletic form and the many ways the human body can produce power, there were countless reactions praising the feature stars and their bodies.

We see in these portraits not only where these individuals have ended up -- not just what human determination can achieve, not only what our mortal bodies can overcome -- but also what these men and women have had to sacrifice and endure to get here.

It's impossible for someone who has not competed on the highest level of athletics to understand the intense physical and psychological pain a person must go through.

Even on the collegiate level, a single practice is consuming, and an injury is catastrophic.

For a person to train and push the limits of human capacity for nothing more than the love of a sport is one of the most beautiful and inspiring acts.

And to achieve success, to break world records with nothing more than your own muscle and will to propel you? Breathtaking.

Why then, when ESPN chooses 24 of the most elite and competitive athletes in the world to act as symbols for human potential and inspiration, do people respond with such hate and a disapproval?

In an US Weekly article celebrating a different ESPN Body Issue cover star, one comment in particular attacked Amanda Bingson, US track and field hammer thrower and American record holder, and even called into question whether or not she was an athlete.

Someone commented after the article that Bingson "is morbidly obese and, decidedly, NOT an athlete."

I'm just going to assume here this user is not, nor ever will be, an olympic athlete, and I would pay far more money than I am earning this summer to see him compete against one of the greatest athletes the event has ever seen.

What this commentator doesn't understand is each athletic event is different in an unfathomable number of ways, as is the body of each athlete.

Having Coughlin's streamline and flexible body is ideal for swimming, but she wouldn't even place in hammer throwing. I doubt even Harper or Love could hold a hair to the record-breaking hammer thrower.

But, in the same breath, however perfect she is for her own event, Bingson (most likely) doesn't have the skill to glide through the water or have the aerobic threshold to complete a basketball or baseball game.

The fact that controversy over whether she is an athlete or not based on if her triceps protrude or how defined her quads are is heinous.

Athletic success is the easiest thing in the world to judge: Do they win, or don't they?

Yes, Amanda Bingson does. Not only is she an athlete, but also one of the very best.

Body shaming is such a pervasive presence, it's even skewing our perspectives on athleticism. I don't care what Olympians look like; I want them to win.

I mean, how many people who may "look" like an athlete have an American world record?

It's difficult, though, because the media focuses on the aesthetic beauty of athletes more so than their incredible physical achievements.

As idiotic as the body-shaming comment was, that person just a product of his environment.

And, I'm guilty, too; I watch rugby for Dan Carter in shorts just as much as I watch it for the game, but I can still take a step back and recognize him as an athlete for his skill and dedication and nothing else.

Society as a whole needs to disassociate beauty with athletics because every event, game or race is supposed to be the most excruciatingly difficult moment of an athlete's life, if they're going to come out a champion.

That kind of pain and sacrifice is rarely pretty. That's what needs to be celebrated.

Amanda Bingson needs to be celebrated for the beautiful athlete to whom everyone should look up.