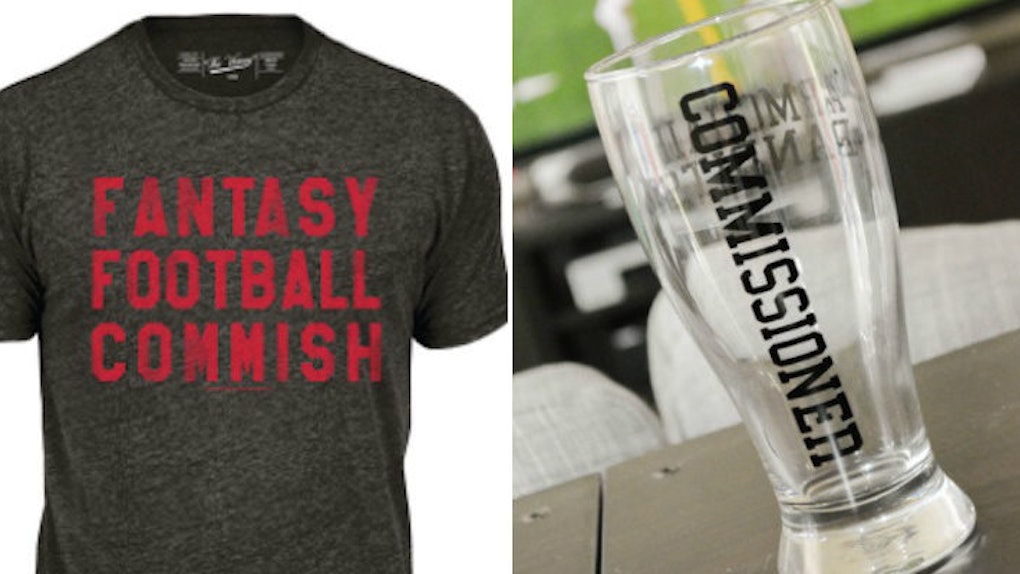 Fantasy Football Fans Will Love These Gifts No Matter Your Budget

We all have a brother, uncle, coworker, boyfriend or friend who's a huge fantasy football fan. But let's be real: Does anyone know what to get them?

There are endless options for football players and football teams, but when it comes to gifts for a fan of fantasy football, your options are surprisingly limited.

If you don't know where to look, or aren't even really sure what fantasy football is, don't worry. I've got you covered.

Here's a list of gift options you can get for fantasy football fans no matter what your budget is.

In case you weren't aware, DirecTV is the only cable service provider that airs every football game.

But what about the fantasy football fan who can't get DirecTV? Those who live in apartments, dorm rooms or certain cities and have no way to purchase DirecTV.

That's where you come in.

Purchase NFL Sunday Ticket To Go and grant your fantasy football fan access to stream every NFL game on their laptop, tablet, smartphone or game console. They'll never miss one of their fantasy player's touchdowns.

It wasn't until this year that DirecTV added more connected devices, like the latest Apple TV, Amazon Fire and Samsung smart TVs, to watch the streamed games so your fantasy football fan might not even know this exists yet.

#ProTip: There's even discounts for students.

If you're looking to get something personal, Etsy usually has you covered. And that promise holds true even when it comes to fantasy football gifts.

If the fantasy football fan in your life happens to be the commissioner of their league, this customized pilsner glass is the purchase for you.

This shop will even go one step further and customize the commissioner-labeled pilsner glass with the league's name as well.

Now your fan can share in their league pride while cheersing to another NFL Sunday spent on the couch with a cold, and now classy, beverage.

If you're looking for a gift that will give your fantasy football fan the ability to show off their love for the game without breaking the bank, look no further than the Fantasy Life t-shirt line at Lids.

Designed and developed by ESPN fantasy sports analyst Matthew Berry, this t-shirt line has options for the worst and best fantasy football fans. And for the shit-talkers, too.

Their taglines range from “Don't Drink and Draft” to "Your Fantasy Team Sucks," ensuring there will be one fit for your fan.

In an interview, Berry mentioned how there are such few options out there for fantasy football fans. His disappointment in this is how Fantasy Life t-shirts came to life.

They're made for players, by players. Get ahead of the game (pun intended) and you'll be sure to fulfill your fantasy football fan's holiday wish.

If you're second-guessing whether going the fantasy football route is the best gift option out there, it's important to note both Christmas and Hanukkah fall on a Sunday this year.

If that's not a fantasy football fan's idea of a Christmas miracle, I don't know what is.

Who knows -- all this fantasy football gift excitement might even turn you into a fan yourself.