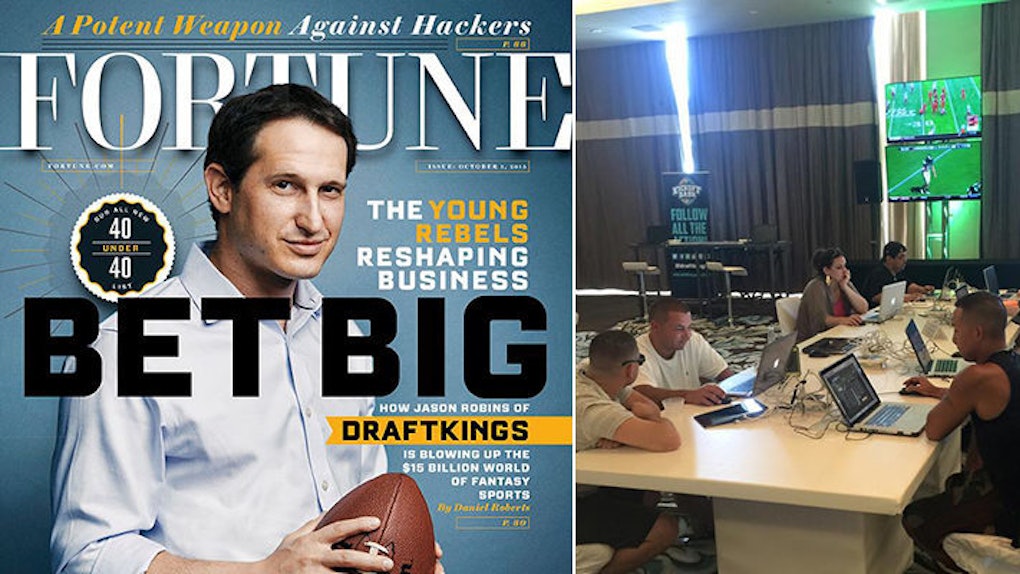 DraftKings and FanDuel Just Had Best Weeks Of 2015, Despite Lawsuits

Last week, fantasy sports sites DraftKings and FanDuel made headlines for all the wrong reasons following the news a DraftKings employee allegedly used "insider information" to win $350,000 in a FanDuel competition.

That news produced an investigation into the legality, morality and overall structure of such betting sites, as well as an in-depth look at some of the high-profile investors of DraftKings in particular.

Furthermore, two class-action lawsuits were filed against DraftKings and FanDuel based on the claims both sites allowed employees to compete in tournaments on each other's websites, and those employees had specific knowledge that could help them win cash.

Terrible news for these companies, right?

According to reports, entries into both sites' guaranteed prize NFL competitions hit 2015 season highs this past Sunday.

DraftKings reportedly took in $25 million in entry fees, creating a profit of $2.6 million. FanDuel collected $20.6 million on Sunday, ending up with a profit of $3.5 million.

Apparently, for some NFL fans, playing against stacked decks only adds to the gambling excitement.