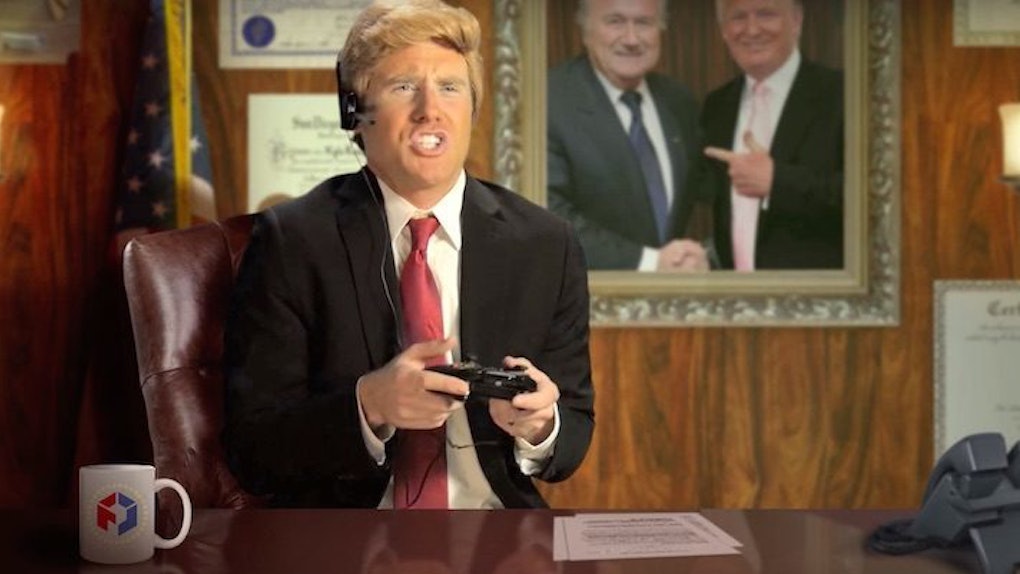 Let's face it, Donald Trump is an entertainer.

Whether you agree with his political views or not, one thing is certain: He will always find a way to entertain.

Between his hair, his mannerisms, his speech and his unreasonable amount of confidence, there's plenty to laugh at.

He's petty, insulting, easy to poke fun at and has just enough people not taking him seriously enough when he's trying to become commander-in-chief -- never mind, when he's playing a video game.

And on that note, this parody of Donald Trump playing FIFA is as close as we'll ever get to seeing him play the game. It must be said, the imitation is dead-on.