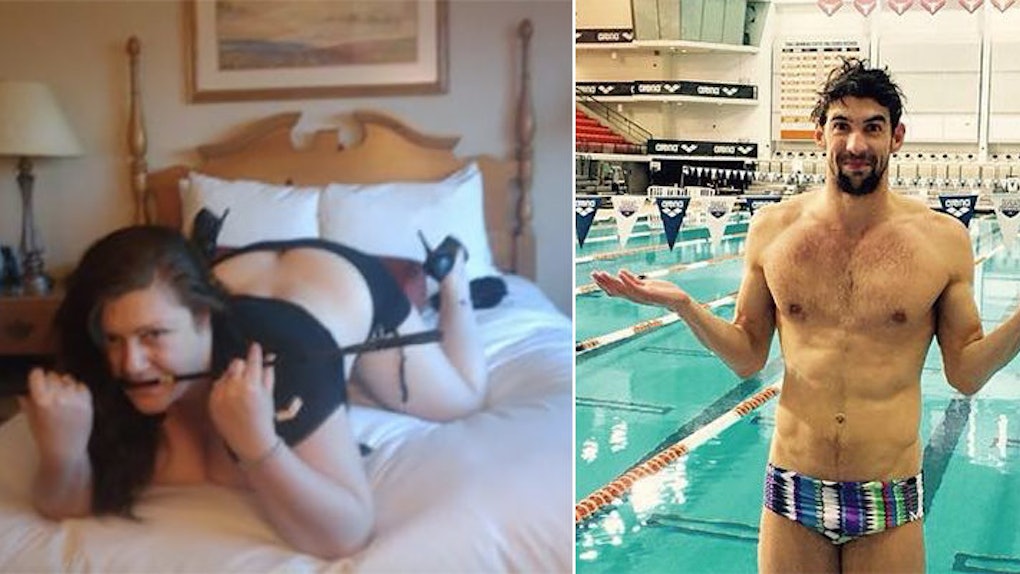 Michael Phelps is no stranger to questionable encounters with women, but this most recent alleged incident is on another level.

We warn you, the details are rather, well, you be the judge.

It all begins, according to Petro, with a phone call from Phelps in February of 2013. The 36-year-old says Phelps represented himself as Fabian Marasciullo, a music producer with connections to Lil Wayne.

After their conversation, Phelps allegedly paid her $900 to come to his hotel, The London, in Manhattan.

Upon arrival to his hotel room, Petro says Phelps stripped down and was wearing “skimpy women's underwear.” The two then allegedly smoked some pot, followed by Petro peeing on Phelps.