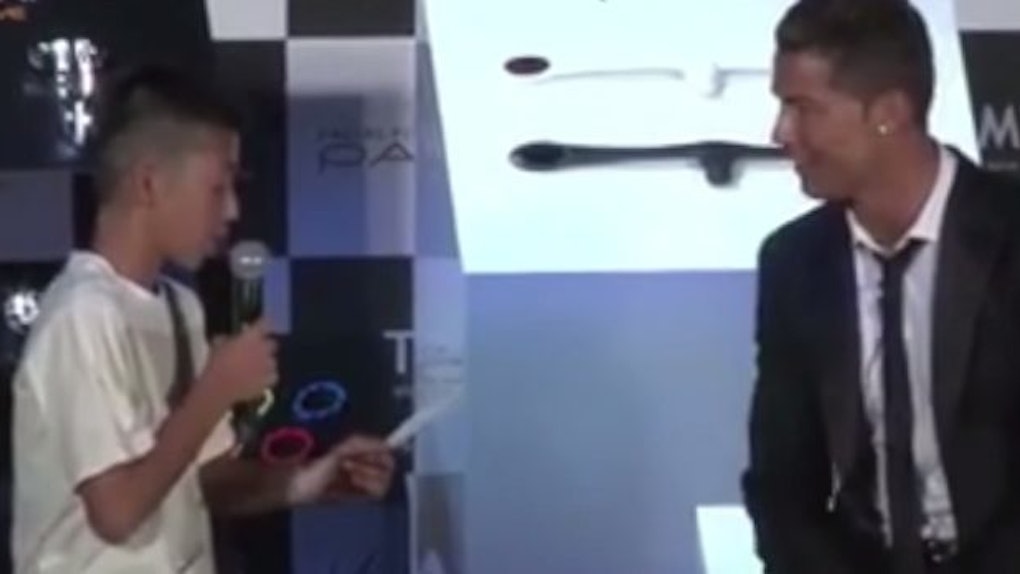 Real Madrid and Portugal striker Cristiano Ronaldo is already one of the greatest to ever play the game.

But, his latest heroics have nothing to do with a ball or a field.

Recently, a video emerged of Cristiano making an appearance at a Japanese fan session, where a young Japanese fan attempted to ask the superstar a question in Portuguese.

The crowd laughed at the boy's attempt at speaking CR's native language, but Cristiano rushed to the kid's defense by saying everyone should be proud of him for even attempting to speak Portuguese.

Citations: Cristiano Ronaldo Told A Crowd Not To Laugh At A Little Boy Trying To Ask Him A Question In Portuguese (BuzzFeed)