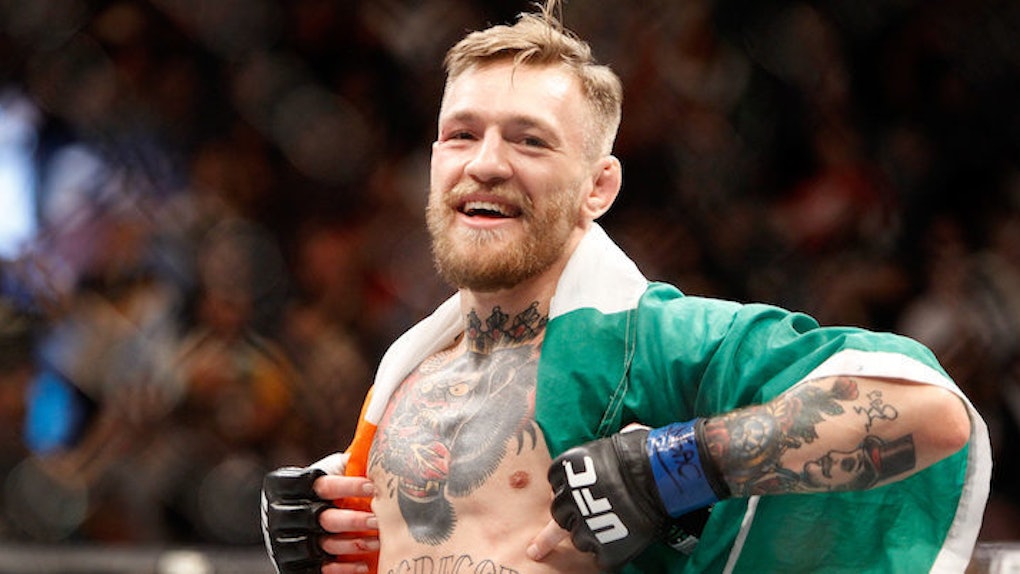 This makes his diet an interesting topic. After all, he has to consciously lose, gain or maintain significant amounts of weight depending on which of the three classes he chooses.

This past January, his coach John Kavanagh did indeed hint at a dietary change.

You've seen Conor on salads... now watch what he's like on steak.

And reports mention Conor has stuck to that plan. But in the lead-up to his next fight, at UFC 197 on March 5, McGregor publicly endorsed a different diet.

What exactly is the Sirtfood Diet?

It's the food plan that swears by its ability to help you lose seven pounds in seven days while encouraging an increased intake of sirtuin activators.

According to the National Center for Biotechnology Information,

Sirtuins are believed to protect cells in the body from dying when they are under stress and are thought to regulate inflammation, metabolism and the aging process. Researchers also believe sirtuins influence the body's ability to burn fat and boost metabolism, resulting in a seven pound weight loss a week while maintaining muscle.

Since sirtuins are proteins that are already in our body, the Sirtfood Diet seeks to encourage eating foods that trigger them into action.

So what can you eat?

Some of the most common Sirtfoods cited are:

Dark chocolate and red wine, surprisingly, are also under the Sirtfood Diet.

The plan works in two phases.

The first phase lasts one week and consists of two parts.

The rules for the first three days are:

The rules for the last four days are:

The second phase essentially calls for a balanced diet of Sirtfood-rich meals over a 14-day period.

During this phase, the nutritionists who wrote the book on the diet advise eating three meals per day along with one juice.

It's important to note, though, some experts are not convinced. Delaney said,

At first glance, this is not a diet I would advise for my clients... In terms of weight loss and boosting metabolism, people may have experienced a seven pound weight loss on the scales, but in my experience this will be fluid.  Burning and losing fat takes time so it is extremely unlikely this weight loss is a loss of fat.

Still, with the quick-fix solution the plan promises, there are sure to be those who won't mind experimenting with the Sirtfood Diet.