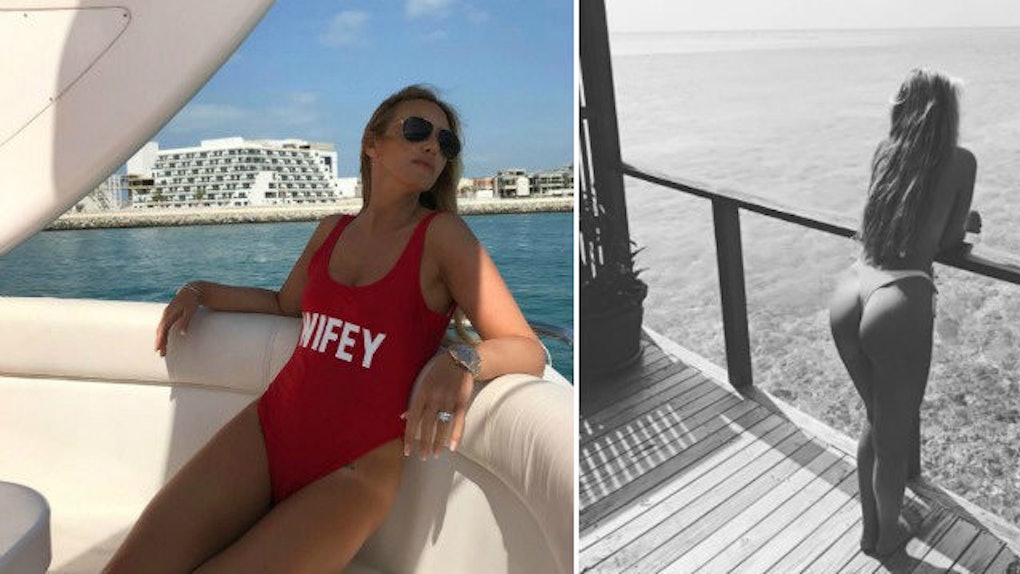 Anyone who knows anything knows it's not wise to cross UFC fighter Conor McGregor.

The 27-year-old reigning UFC Lightweight Champion talks the talk and definitely walks the walk, but I'm going to take my chances of angering him because I think you really need to know what I'm about to share with you.

See, while McGregor was beating down opponents and talking shit to Floyd Mayweather, he failed to tell us about his incredibly sexy older sister.

Apparently, the Irish stunner has been on a few radars for weeks, and that's largely in part because of her very sexy Instagram pictures.

Conor, we're still cool, right? I'm not trying to be disrespectful in the least bit, I just think your sister is incredibly hot.

In any event, according to the Irish Mirror, Conor McGregor's sister got married to her husband, Mark Elliott, this past New Year's Eve.

In Aoife's latest Instagram posts, you can see pictures of her looking incredibly sexy in a red bathing suit while reportedly on her honeymoon in the Maldives.

After a little, uh, research, it appears this is just the tip of the iceberg, really.

So, without further ado, check out Conor McGregor's sexy older sister Aoife McGregor Elliott, the real knockout in the family.

UFC fighter Conor McGregor has always been loud and in your face, but I don't think I've ever heard him mention the fact he has a sister.

And, not only does the 27-year-old UFC champion have a sister, she happens to be an absolute smoke show.

Apparently, Aoife has slowly been gaining popularity in recent weeks.

I mean, one look at her Instagram page and it's not hard to see why, right?

According to the Irish Mirror, Conor McGregor's sister married her husband, Mark Elliott, this past New Year's Eve.

At the moment, it appears Aoife McGregor Elliott is enjoying her honeymoon in the Maldives.

You know who else is enjoying her honeymoon? Every single one of her 53,200 Instagram followers.

Conor, you may be the reigning UFC Lightweight Champion, but your sister Aoife is the real knockout in the family.

Aoife McGregor Elliott, if you weren't already married, I'd get down on one knee and slide into those DMs.