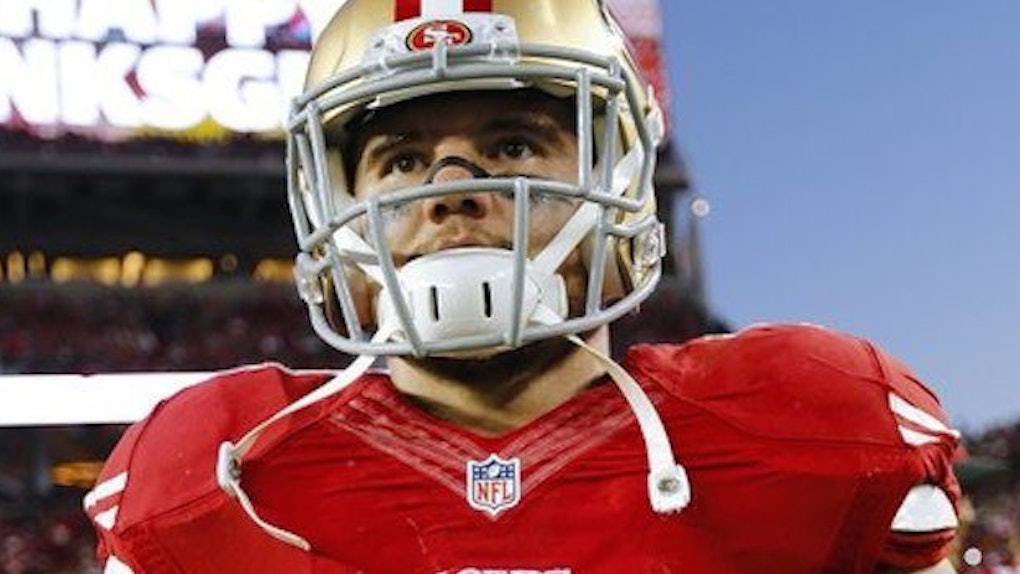 Now, he’s calling it quits on his NFL career.

Borland, 24, caught the attention of the league, media and his fellow players by becoming the latest player to join a recent slew of NFL retirements.

But, Borland’s decision is that much more shocking because of his skill, young age and the fact he’s yet to suffer a major injury.

Amid concerns of head injuries and other long-term effects of playing football, Borland is simply walking away before he’s faced with that situation.

While speaking to “Outside the Lines,” Borland said,

I just honestly want to do what’s best for my health. From what I’ve researched and what I’ve experienced, I don’t think it’s worth the risk.

The 49ers, while shocked to learn of his decision, said they respect his choice.

Borland is leaving over $500,000 on the table this coming season.

There are certainly those who see his decision as a rational -- and perhaps increasingly popular -- one.

It's unnerving to go through a season & witness multiple players knocked unconscious. The body is not meant to sustain that type of trauma. — Donté Stallworth (@DonteStallworth) March 17, 2015

WOW. I loved Chris Borland's game but I can't fault him for calling it quits. His concerns are real. Still it takes a man to do the logical. — Chris Long (@JOEL9ONE) March 17, 2015

Chris Borland retiring, at age 24 and relatively healthy in a football sense, is a very big deal. — Greg A. Bedard (@GregABedard) March 17, 2015

Got to respect Borland for clearly putting thought into his decision. If you're not 100% committed to this game, better to walk away. — Geoff Schwartz (@geoffschwartz) March 17, 2015

It's extremely difficult when you're living your dream of playing in the NFL as a 20-something to contemplate what life could be like at 50. — Donté Stallworth (@DonteStallworth) March 17, 2015