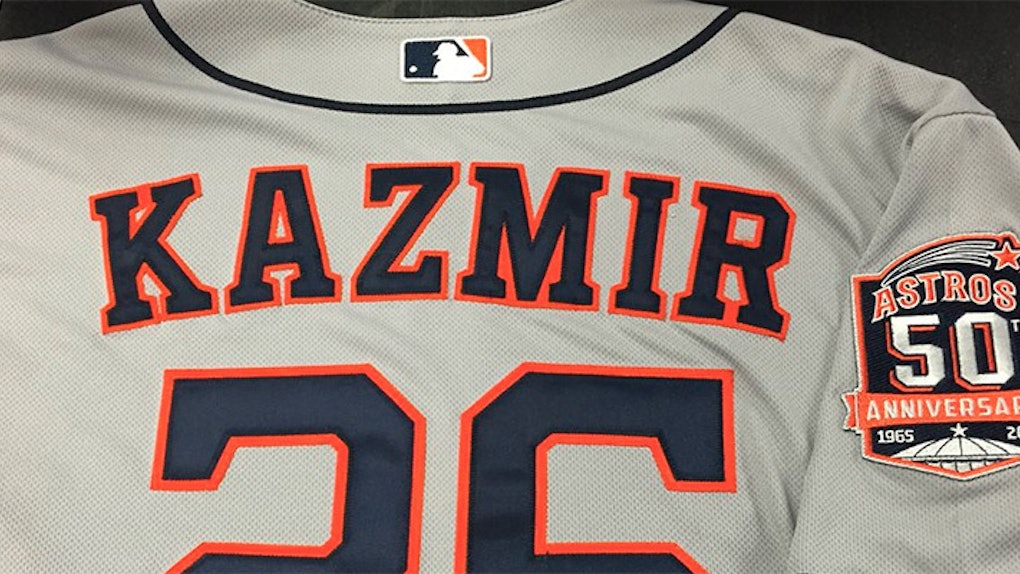 Last week, Scott Kazmir was traded from the Oakland A’s to the Houston Astros for two minor leaguers whose names aren’t quite worth mentioning.

The Astros system is stuffed with talent, so handing out minor leaguers is no big deal for them. They basically stole Scott Kazmir for pennies. But, does this make them the new front runners?

Scott Kazmir has an underwhelming 6-5 record and a WAR of 3.07. That's nothing to really write home about.

But, Kazmir is also second in MLB with a 2.24 ERA and in his Astros debut, he only allowed three hits in seven solid innings. He couldn’t have joined the Houston Astros at a better time.

Scott Kazmir is absolutely feeling it right now. He's in the zone, he might not ever come out and he's in the perfect marriage with the Houston Astros.

The Astros were perennial 100 game losers, just drowning in the deep end of the National League, a punchline to every single joke.

They were basically a Triple-A team with a brutal schedule against real big leaguers. They hadn’t been relevant since Craig Biggio was getting hit by pitches, and juiced-out Jeff Bagwell was crushing balls out of the atmosphere.

You stuff your minor league system with enough prospects, though, and you’re bound to get some sort of roster. Well, at least that’s the case in Houston.

Surround him with batters like designated hitter Evan Gattis and right fielder George Springer, and you’ve got yourself a team that’s fifth in MLB in runs scored and first in home runs. They have bats for days.

And the Astros pitching staff is eighth in ERA and second in BAA, straight up dominating opposing hitters.

Their ace, Dallas Keuchel, leads MLB in wins and is third in ERA. Adding Kazmir is just the finishing touch.

You can't have a delicious cake without the frosting, and the Astros have finally found theirs.

Like the Houston Astros, Scott Kazmir was a joke.

In 2006, he was the next big thing. He made his first all-star game appearance with the Tampa Bay Rays. He became the all-time strikeout leader for the Rays that year.

The following year, he led the AL in strikeouts. The man was lethal on the mound.

Then, he got injured, got traded and lost his confidence as well as games. Then, he was cut. Next thing you know, he’s completely out of the game of baseball.

He was one of the best young pitchers in the 2006-07 season, and he became some bum who played in Puerto Rico and couldn't throw a fastball harder than 84 mph.

But here’s the thing: When you have talent, no one can take that away from you.

Kazmir has nasty stuff, and there's no denying that.

So, he healed from his previous injuries and worked on his mechanics. He got his groove back, and all of a sudden, he was a non-roster invitee with the Cleveland Indians in 2012.

He started throwing in the upper-90s again, and he finished third in the voting for Comeback Player of the Year in 2013.

It was the return of Kazmir.

The Houston Astros are a team of destiny now. I’m going to just go ahead and pencil them into the World Series, just as the prophecy foretold.