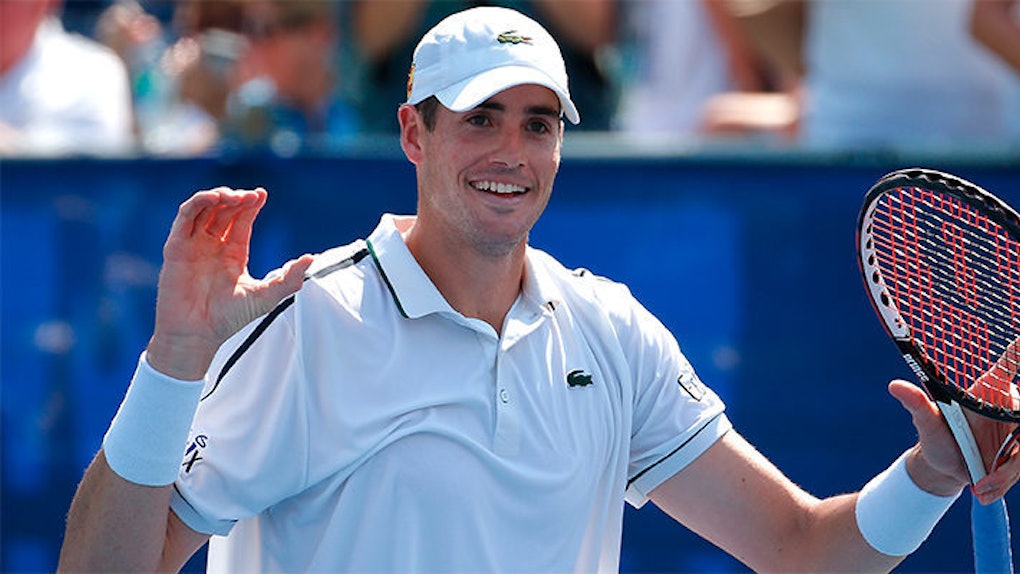 So, we kept our good fortune moving in the right direction last night, going 2-1 in our plays.

In Auckland, Sock looked impressive in his straight set win over his pal Pospisil, and Tsonga played simply sensationally in his victory over Philipp Kohlschreiber. If Jo continues to play the way he did Wednesday morning, he'll be extremely tough to take out in Auckland.

Over in Sydney, perhaps Robredo is beginning to show his age on the court, as he was completely outmatched by Viktor Troicki. The Serbian No. 2 has now tallied two top-50 wins in his first three matches and has started his 2016 campaign on a positive note.

Tonight, action kicks off at 6:15 pm from New Zealand -- with Sock vs. Anderson; and 10 pm in Sydney, with Dimitrov vs. Dolgopolov.

Looking at tonight's moderately priced favourites, Dimitrov's price looks a bit too rich for my blood at -250 (in what will probably be a slice-fest against The Dog), as does Tsonga at -280. As far as underdogs go, I think Mahut and Gaba both stand chances against Troicki and Tomic, respectively.

In his next clash, he'll meet the big serving South African, Kevin Anderson, who needed two tiebreaks to overcome the world No. 64 Robin Haase in his first match of the season.

There's some history between the two, having played twice in 2015, with each player winning one match -- Sock on clay in Houston and KA on hard in Cincinnati. And while the hard courts of Auckland should suit Anderson's game, I'm not sure it will be enough to throw off the in-form American.

Anderson looked rather shaky Tuesday night against Haase, struggling to find his first serve and hitting only eight aces in his 1:48 victory. He dropped his serve to love, up 5-4 in the second set, which allowed Haase a chance to get back in the match, before prevailing in the decisive breaker.

The key for Sock will be getting his first serve down. If he can do so, I think he will be able to apply pressure on KA's own service games, who seemed to be lacking any substantial service rhythm. After watching the Dutchman convert 36 of 41 first serve points against KA Tuesday night, Sock should definitely be able to do the same – and then some.

Typically, I tend to fancy Chardy over the bigger servers on tour (Karlovic, Isner, etc.) but Müller presents a unique challenge, carrying a 3-0 record against the Frenchman into their quarterfinal matchup in Sydney.

Müller is tough to beat on any surface, as a result of his mighty serve, but  -- with quicker courts in Sydney -- I would certainly say that the playing conditions tonight suit Müller more so than Chardy, who prefers clay.

Despite Müller receiving a fair bit of help so far this tournament -- beating an exhausted Borna Ćorić in the first round and seeing Dom Thiem retire in the second -- he's still produced some good tennis -- dropping only seven points on his first serve through two matches in Sydney.

Chardy, on the other hand, hasn't really played superb tennis since last US Open -- and looked completely outclassed last week in a straight set defeat at the hands of Ilya Marchenko in Doha.

Given their current forms and prior history, I suggest backing the Luxembourger to continue his good form tonight against Chardy.

Big John trots into the quarterfinals carrying a career 16-2 record on these Auckland hard courts.

Tonight he faces the Spanish No. 4, Roberto Bautista-Agut, who he took out last year in the semifinal of this same tournament. It's safe to say that RBA will be looking to vindicate last year's loss tonight.

But I'm not sure how much success he'll have against the American No. 1 and his booming serve. The quick conditions in Auckland certainly suit Isner's game, and it's reflective in his record here.

Isner created eight break point chances in their last match and was active in nearly all of the Spaniard's service games, so don't expect Big John to snooze during return games. If Isner focuses for the entire match and executes his gameplan, I fancy him to advance to another Auckland semi.