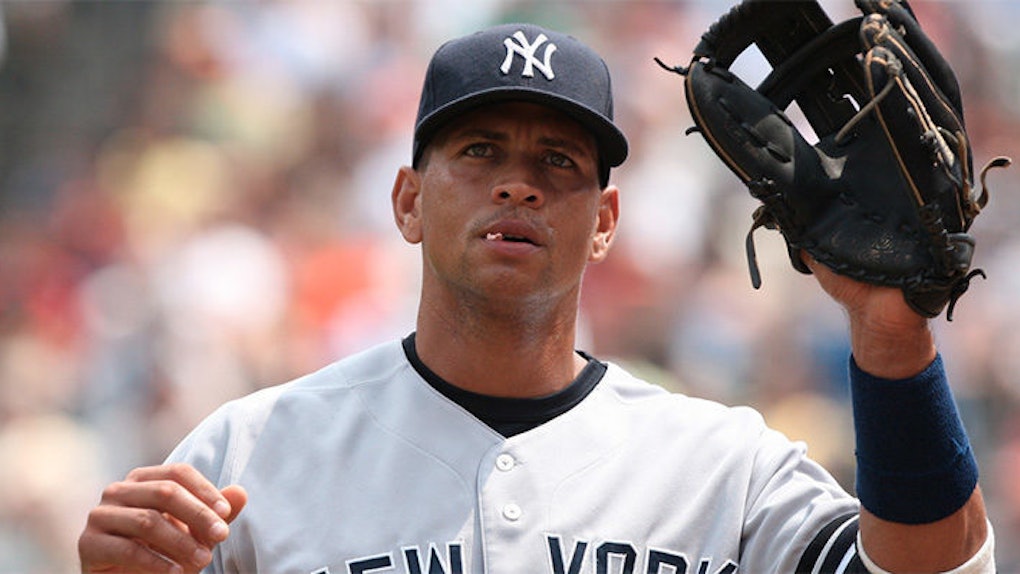 Back in April, I wrote an article for Elite Daily about why baseball needed Alex Rodriguez more than ever.

I titled the piece, “A-Rod Is The Fallen Hero Baseball Loves To Hate But Actually Needs.”

I didn’t think I would find myself writing a sequel to this piece, but after watching my man A-Rod smoothly rock the World Series for Fox sports, all I can say is, "I told you so."

When A-Rod returned to the Yankees last spring, New Yorkers loathed him. Outsiders laughed at him.

Yankee management looked at him like his last name was Kardashian. No one thought he would be the best hitter in the Yankee lineup.

But this is A-Rod we're talking about here. You never know what surprise he has waiting up his sleeve.

He used those negative remarks to fuel himself every time he put on that uniform.

He hit 33 home runs this year, while knocking in 86 RBIs and maintaining a .250 batting average.

He put up numbers similar to his 2009 season, which is the last time the New York Yankees won the World Series.

He overcame it all and thrived when the spotlight was on him.

As I mentioned in my previous article, I’m a big New York Mets fan. I therefore had an obligation to watch my miracle Mets suffer in the World Series last week.

While I was watching, all I could say to myself was this: “If I weren’t a Mets fan, the World Series is the last thing I would be watching on television.”

Television ratings for the World Series have drastically decreased over the last 30 years.

It’s no mystery why, though.

People have just become more intrigued by other professional leagues, like the NFL and NBA.

When Fox needed to boost TV ratings, it turned to A-Rod to draw a crowd.

Now, I can speak for most sports fans when I say most people immediately change their TV channel following the conclusion of any sporting event.

But when I saw Alex Rodriguez was the guest commentator for Fox’s World Series post-game show, however, I immediately turned my head back to the TV.

There was just something about Alex Rodriguez’s presence in that Fox sports booth that kept me intrigued.

My friends and I transitioned from cheering for the Mets to rooting for Alex Rodriguez.

Alex went viral prior to the start of the World Series, when he accidentally broke one of the TV monitors with a football while he was promoting the Series on the Fox NFL post-game show.

But what started out as comical ended up being completely surprising.

This is kind of like the season he's had this year.

He was very suave with his words and phrases, all the while displaying his strong knowledge of baseball with every remark that came out of his mouth.

He even jokingly admitted he's sucked at hitting whenever he’s been in the post-season.

Whenever the camera turned off him, all I could do was chuckle and admit, “Wow. A-Rod is Fox’s best broadcaster.”

His demeanor throughout every broadcast was so enlightening. He was full of energy, and always had a smile on his face.

The tone in his voice after every analysis reflected his passion for baseball.

He loves nothing more than playing his favorite sport for the most prestigious sports team in the world. That’s what makes him a Yankee.

To quote the famous fictional boxer, Rocky Balboa, “It’s not about how hard you fall. It’s how quick you get back up that matters in life.”

A-Rod has that mental toughness that most people could only wish to have.

He may not be the superstar athlete you remember him as, but he’s got that winner’s mindset that rejects mediocrity.

People's perceptions of A-Rod are more cyclic than the tides of the ocean.

One thing's for sure, though. Baseball needs him more than ever.

Whether it's out on the field playing or broadcasting games, he's too entertaining for a sport that's on a steady decline.

He's too big to fail.

He's Alex Rodriguez, and he's the biggest name in the game.