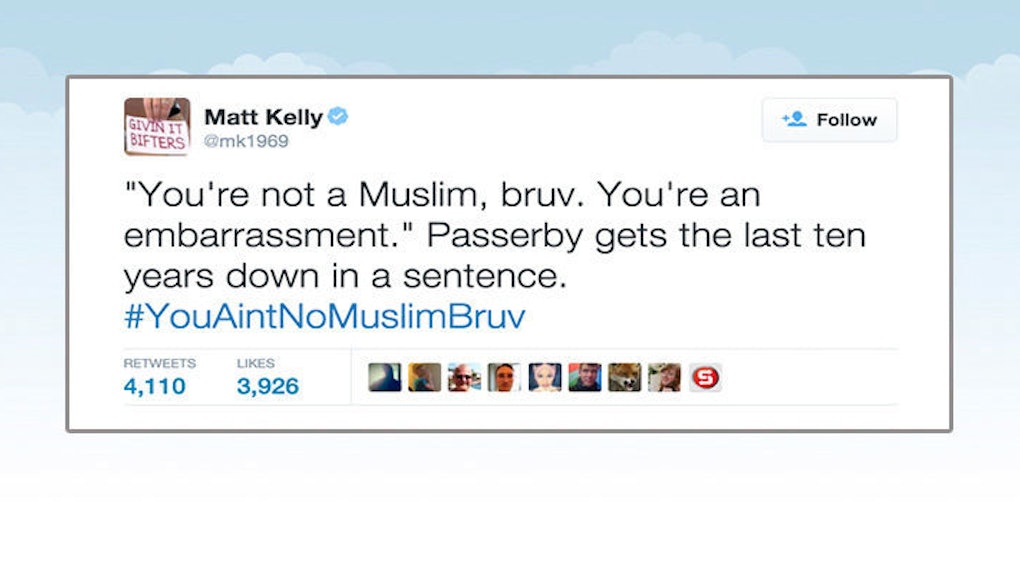 #YouAintNoMuslimBruv Is The Most British Reaction To Terrorism Ever

Always in the wake of terrorist attacks, we learn how resilient cities and their people can be.

After 9/11, New Yorkers banded together with a resolve to “never forget.”

Following the Paris attacks, Parisians joined forces to promote peace and understanding among those of all backgrounds and religions.

And most recently, Brits are speaking out against last night's stabbing attacks in the London Underground to remind the attacker that, as one bystander put it, “You ain't no Muslim, bruv.”

That seemingly simple declaration — that insists terrorism does not a Muslim make — has inspired quite the support on social media, with Londoners using the hashtag #YouAintNoMuslimBruv to show their solidarity and fearlessness in the wake of terror.

Though the attacks were, of course, tragic, the public's response is anything but  —  in fact, their British nonchalance is a breath of fresh air in this increasingly tumultuous global climate.

Take a look at the reactions on social media, below:

It doesn't get any sassier than this.

Even in the face of death, Brits are fearless.

And Londoners are quite proud of their city's powerful reaction to the violence.

We should all take a cue from the Brits...

...And resolve to stop allowing this senseless violence to disrupt our lives and well-being.

Citations: You aint no Muslim bruv is the most London response to the Leytonstone Tube attack (Independent)