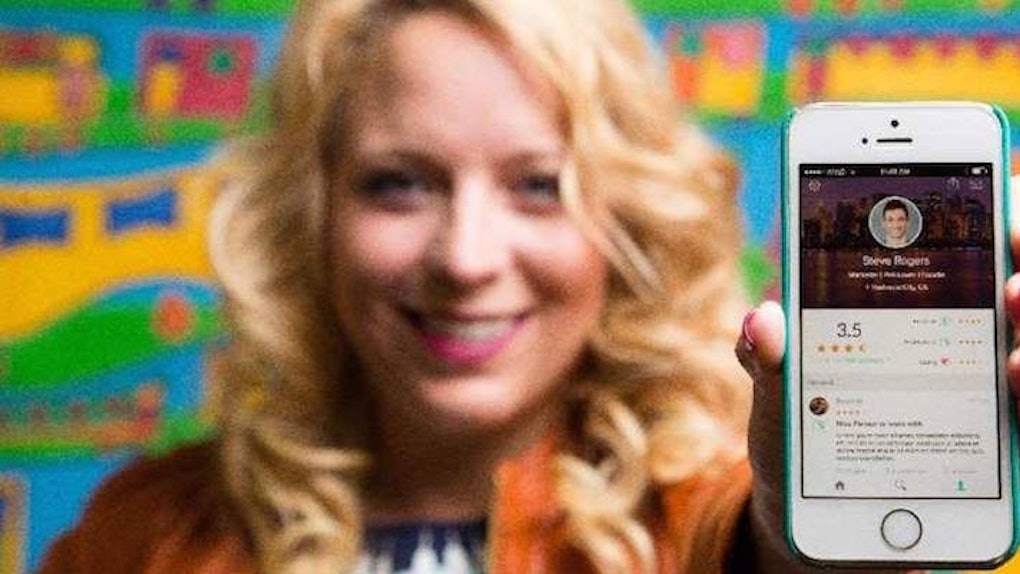 A new app described across the Internet as “Yelp for people” is stirring up major hate.

Peeple lets users review others in their lives, be they personal, professional or romantic connections.

A five-star rating system accompanies written reviews just as in apps used to review things without a pulse, a family or a fragile psyche.

Involvement in the app is, more or less, mandatory.

When a user adds another individual to the database for the first time, he or she must provide that person's cell phone number, but not his or her consent.

Positive ratings hit the site immediately upon completion while negative ratings rest in the limbo of a private inbox over a 48-hour period.

People who have not registered for the site and are thus unable to dispute negative ratings will have profiles displaying only positive reviews.

One of the app's two founders, Julia Cordray, asked The Washington Post,

People do so much research when they buy a car or make those kinds of decisions. Why not do the same kind of research on other aspects of your life?

The public, however, is not thrilled with the idea of being compared to merchandise and took to Twitter to vent concerns over Peeple.

Cordray responded to several critics, claiming she and cofounder Nicole McCullough were being bullied for their concept.

Cordray's response to criticism, which also included a small upset over a parody Twitter account, only incited more backlash.

The app is set to launch in November, for better or worse.

Citations: Everyone you know will be able to rate you on the terrifying 'Yelp for people' — whether you want them to or not (Washington Post)