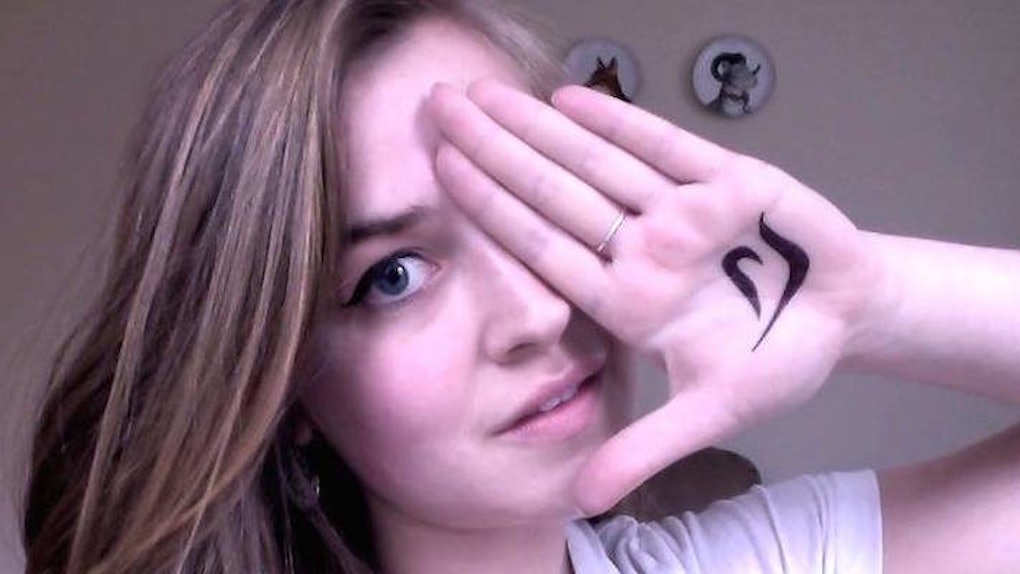 Emi Feldman's letter to her 10-year-old self should be required reading in schools across the country.

It's no secret body issues and unrealistic beauty standards are massive problems in America. When you add on actual psychological issues like undiagnosed body dysmorphic disorder, the combination can be incredibly dangerous.

That is exactly what Emi Feldman went through as a teenager. At 14, she developed anorexia and began a long journey of struggling with how she physically and emotionally viewed herself that lasted all through high school and college.

She survived, though. She faced her body issues head on and seems to now live a healthier lifestyle, working at her "dream career" in New York, spending time with her boyfriend and enjoying an appreciation for her accomplishments.

Her incredibly raw and brutally open letter warning her younger self about the long road she has in front of her went viral on Facebook.

Dear 10-Year-Old Emi,I wish you could see yourself the way I see you now in pictures: this happy little girl who... Posted by Emi Feldman on Tuesday, February 23, 2016

In the letter, she talks about her early days struggling with body issues, telling herself,

You're going to be weighed your freshman year of high school and the number on the scale will read '113.' You'll become obsessed with that number and force your body into a weight you'll soon outgrow. You'll notice new attention at school: you'll gain friends, guys will start to notice you and you'll feel like you fit in. You won't attribute any of this to your personality, or who you are as a person; you'll attribute this back to the size sewn into your jeans. You're going to stop eating normal meals. Slowly breakfast and lunch will be replaced with a stick of gum on the school bus. You're going to drink water to convince yourself you're full. You're going to cherish the moments when your mom hugs you and tells you she can feel your ribs.

The issues lasted all through high school to the point where she viewed her clothing size as an issue. She continued,

You're going to reach your senior year and begin spiraling out of control. You'll starve yourself to the point where you'll feel faint; you'll realize a 00 will start to feel too big. You're going to start calling the 'problem' by its name at the beginning of 2011. You're going to tell loved ones 'I have an eating disorder' and they'll say 'We knew all along.' You'll get blood work done and the results will tell you there has been no major damage done to your body. You'll intrepret that as a 'go ahead' to starve yourself further.

Eventually, she realized her issues in college after nearly going blind. She wrote,

You'll get to college and stop eating all together. You'll stop going to the dining hall in October and binge-eat in your dorm, when you think no one is watching. You'll discover new ways to lose weight and lay awake at night, from the pain these methods will cause you. You'll start losing your vision one day, in your freshman year. This will shake you from the nightmare you've lived every day for five years and make you realize you need to recover. You won't think twice, you won't know why you're thinking it at all, but you'll choose recovery.

Hopefully, this letter will help serve as inspiration for those struggling with eating disorders.