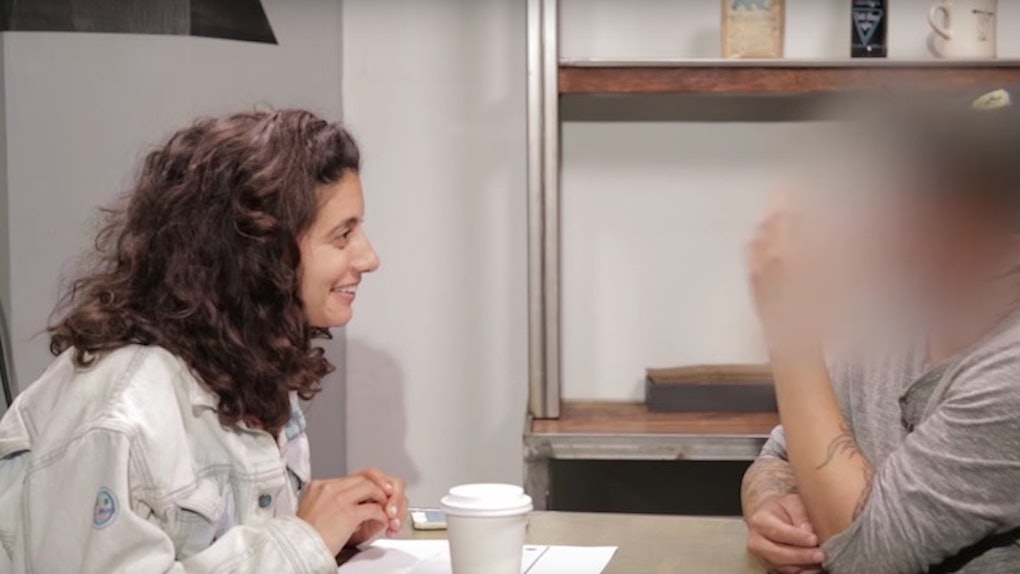 Guys, serious question: Why you gotta act the way you do on dating apps?

Would you ever tell a girl you just met in real life to "sit on your face"? Like, before y'all even went on a first date?

Maybe some of you would, I don't know. Some people are just gross.

But, a 31-year-old woman named Jessie wanted to find out, once and for all, if guys would be just as forward with her in real life as they were to her online.

Jessie invited a handful of guys who sent her inappropriate messages on Tinder to meet up. Most of them came expecting a hookup but were, instead, confronted by Jessie and a team of cameras.

These were the guys who sent her things like, "Are you looking for a big dick to play with?" and, "I would love to eat your pussy." You know, the usual.

Unsurprisingly, some of the guys left without talking to Jessie at all. But, a few of them sat down and tried to explain their sides of things, and yes, it was pretty awkward.

I was just trying to be funny... Online it's all words. In person, it's a little different.

Another guy stood by his position as a pervert on the Internet. He said,

That's what y'all looking for, is pervs.

Hmm. Well, I can't speak for everyone, but I think most women out there actually AREN'T looking for pervs.

So, pro tip, dudes: Next time you try online dating, try being polite and friendly and see how it goes.