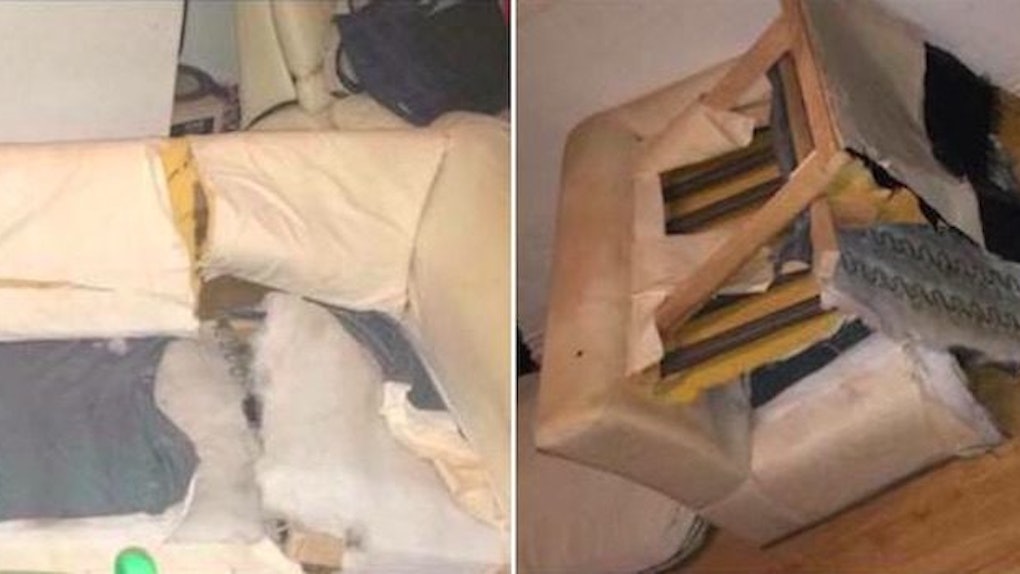 After frequently seeing the same crappy couch for sale on his Facebook News Feed, a UK man named Joe Cordingley decided to get rid of the sofa once and for all -- by playing an epic prank on its owner.

Cordingley got in touch with the seller and pretended he was interested in the sofa, but he said it was too large to fit into his small car.

Through a series of texts, he tricked the woman into destroying the very couch she was trying to sell, supposedly to teach her a lesson about selling sh*tty furniture on Facebook.

If you ask me, he just wanted to see how far he could push her. Either way, this is trolling at its finest.

As you can see, the couch wasn't the best, and Cordingley thought it was never going to sell.

He said the couch was too big to fit in his car and asked the seller to saw it half for him.

So, Cordingley took it even further…

...all the while promising he was going to pick it up.

He actually convinced the owner to cut her couch into thirds.

Cordingley kept up his ruse for hours…

...and made the seller send photographic evidence of the sofa's destruction.

The next morning, Cordingley admitted it was all a prank.

Fortunately, the seller thought the joke was hilarious. Because she was a good sport -- and probably so he didn't seem like a huge assh*le -- Cordingley agreed to pay her for her time as well as for the couch and a new saw.

That brings me to this: If he ended up paying her the couch, her time and a saw, who really got trolled here, the seller or Cordingley?