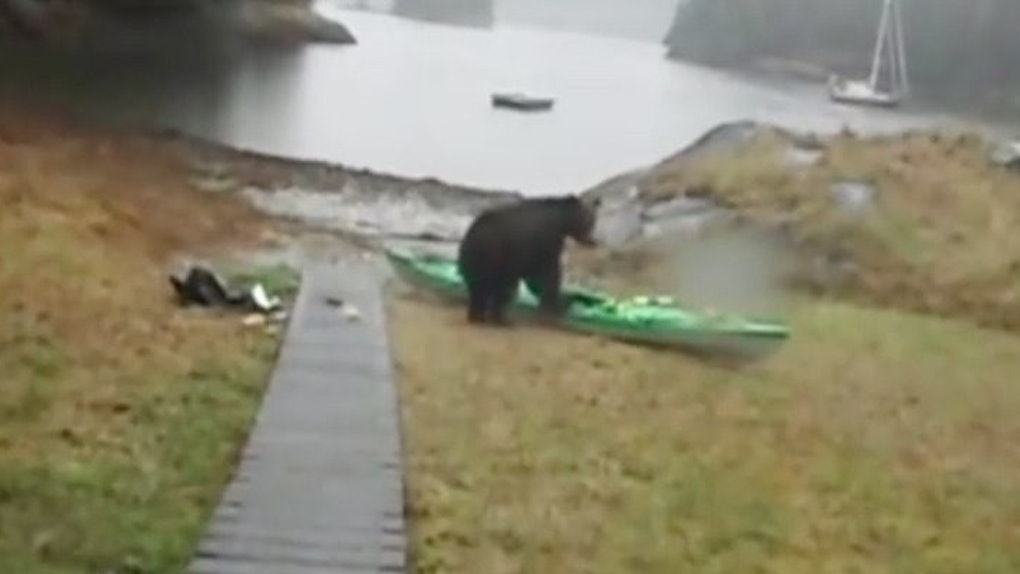 Bears are strong, terrifying wild animals who will shred your soft, weak body to shreds if you antagonize them, but that doesn't mean you shouldn't try to reason with one.

If you're trying to enjoy your lunch in an Alaskan cabin on your solo kayak trip and a bear starts to eat your kayak in the front yard, try shouting at it like Mary Maley did.

She simply and directly stated,

Oddly enough, the bear flagrantly disobeyed Maley's commands and continued to gnaw the kayak. In her description of the video of the encounter posted on YouTube, Maley claimed the bear eventually tired of the kayak, and she returned it to her stoop.

Stranded, Maley swam to a boat anchored nearby in the bay where she sought help.

Perhaps she will ask nicely next time.