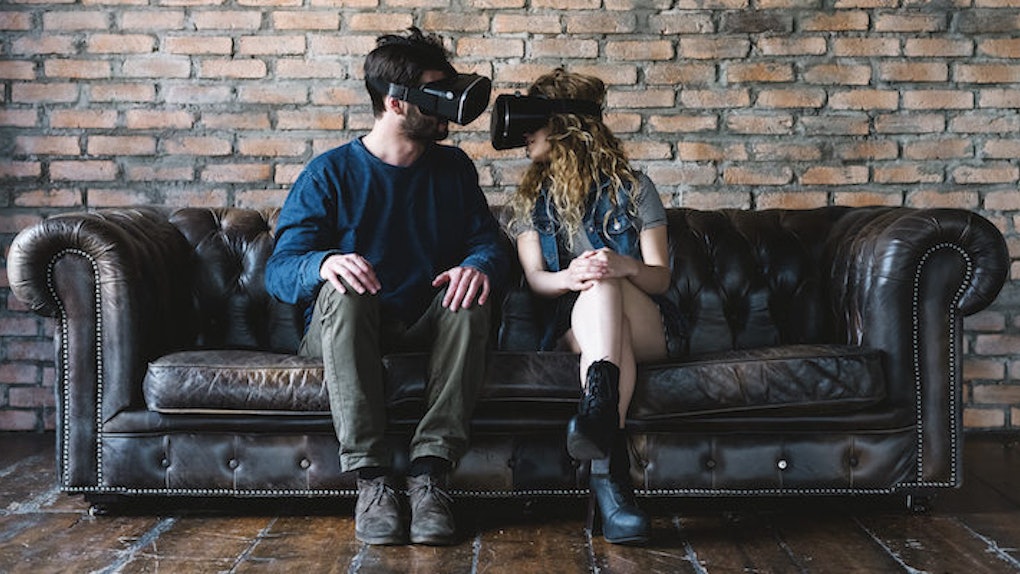 I was walking into a bar the other day and there was a sign out front that forewarned customers there was no WiFi inside.

Why? Because the bartenders were fed up with folks sitting on their phones throughout the duration of their beverage instead of verbally interacting with anyone. I was into it.

Although some bars are trying to ease our generation into actually conversing with one another, others are taking a leap into the future and focusing more on technology than talking.

Even though I'm all about human interaction, this bar looks pretty damn awesome, and I'd love to give it a visit.

According to Metro, the high-tech bar allows customers to wear a virtual reality headset while sipping on a drink of their choice, and nearly 10,000 people have already tried it out.

If you take a trip to the VR bar, you'll have the chance to test out technologies like the HTC Vive, the Oculus Rift and the Samsung GearVR.

To make it even cooler, there's allegedly an arcade bar underneath it with retro arcade games. They sell pizza there, too.

Timon Liebau, Vrei's founder, told Lonely Planet about his reasoning behind creating a bar that revolves around virtual reality.

We saw that the availability to test VR Devices was really rare and most of the time it lacks support. So we decided to change that by opening a place where people can get in touch with the new technology in the most comfortable way. As VR enthusiasts we want to make sure people have the best possible first time experience in VR.

Alas, social interactions in bars might be on its way out, but virtual reality bars like Vrei will give costumers a once-in-a-lifetime opportunity to explore different worlds with their friends while simultaneously sipping on their favorite drinks.