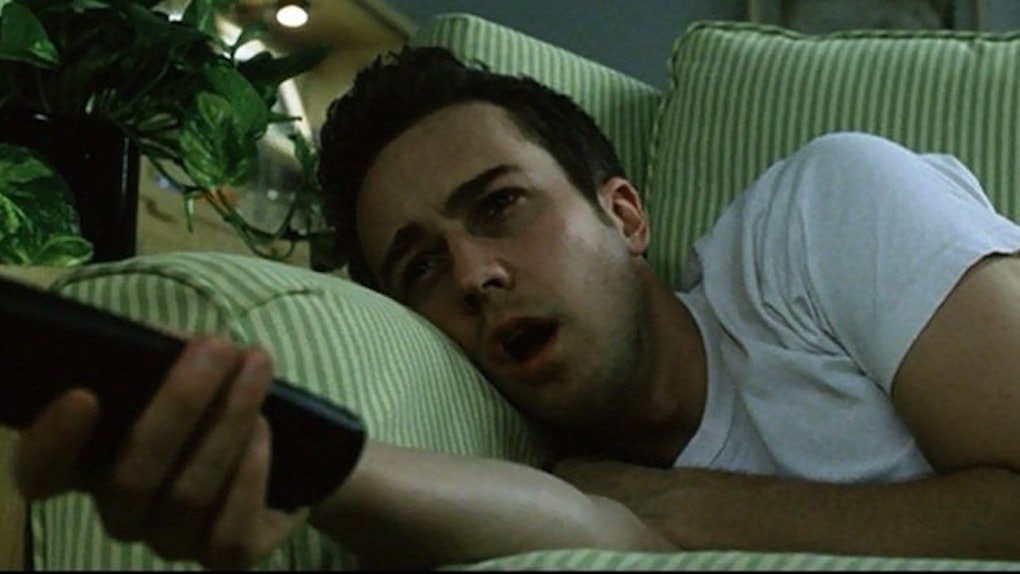 This video will get me to stop procrastinating? SICK!!!

Holy shit, that's exactly what I need! Procrastination is ruining my life and affecting all my choices! This is so perfect! I'm going to bookmark this and watch it later!

That's you. That was my impression of you.

It's also, coincidentally, an impression of myself -- because this video is an hour long, which means I will watch it all, uh, eventually.

Supposedly, according to the comments under it, the professor makes really amazing points in it and will cure my procrastination.

God, I wish I could stop procrastinating. When I was a kid, I'd come home from school and tell myself I was going to do all my homework right away so I could watch TV afterward, guilt-free. I never once accomplished this.

Maybe if I watch this whole video, I will be able to! Maybe it will teach me how to master my own malaise!

But also, it's so long. So I just looked up this dude's articles online instead to see what he said.

In an article called "The Poison Tendrils of Negative Emotions" (which is also, coincidentally, the working title for my autobiography, ghost written by my self-loathing), he writes "negative emotions" give rise to procrastination.

These negative emotions, like, for example, "It won't be good enough" or "It will be stressful," lead to a desire to "feel good now," as he puts it.

Basically, instead of facing the thing you don't feel like doing, you do something else that feels good. But that good feeling is short-lived and leads you down a cycle of more negative thoughts, which he explains below:

These negative emotions seem to emerge from a dark place within us, grabbing on to every aspect of our self, and undermine our ability to self-regulate. And, of course, as we fail in our attempts to self-regulate, the self-blame begins, as does the downward spiral of self-esteem and self-efficacy.

It's a familiar feeling we all understand.

I literally feel that right now. I'm about to get off work, and I just have to finish this piece, but I've been staring at my phone and checking Facebook just so I don't have to think about figuring out what this guy is saying.

He is very insistent the problem isn't time management.

You can have all the time in the world to do something, but if you're a procrastinator, then this happens:

He describes his methodology to how he got himself to write an article called "Procrastination 101: It's Not About Feeling Like It" in several steps.

Step one: Acknowledge you don't feel like doing something.

I acknowledged I really didn't feel like writing right now. I let myself become aware of these feelings, but I didn't pay attention to them, per se.

Step two: Figure out the first, smallest step of the task at hand.

I asked myself, 'What's the next action?' That was simple. I had to close that letter of reference and open a new blank Word document. I could do that. I did.

The professor had been writing a letter of recommendation. So just moving on to a new document was the first step. If it was a bunch of dishes in the sink, putting on dishwashing gloves would be the first step.

Step three: Take on the next smallest step.

Of course, then I still had to acknowledge those feelings, or more precisely, my whole body screaming, 'I don't want to do this right now. I can do it tomorrow. There is no deadline for this you know.'  Yes, it was a little overwhelming, but I asked again, 'What's the next action?'

It's not easy, he admits, but this small strategy can help you vanquish your procrastination cycle. He explains,

The simple part is the focus on behavior and tiny choices. The difficult part is the volition or volitional skill to keep focused while acknowledging the emotions that are working against this.

And look at me now. I just started reading his papers, and here I am at the end of this article on a Friday.

Of course, I still haven't watched the video this article is ostensibly about, but, whatever, I'm no hero.