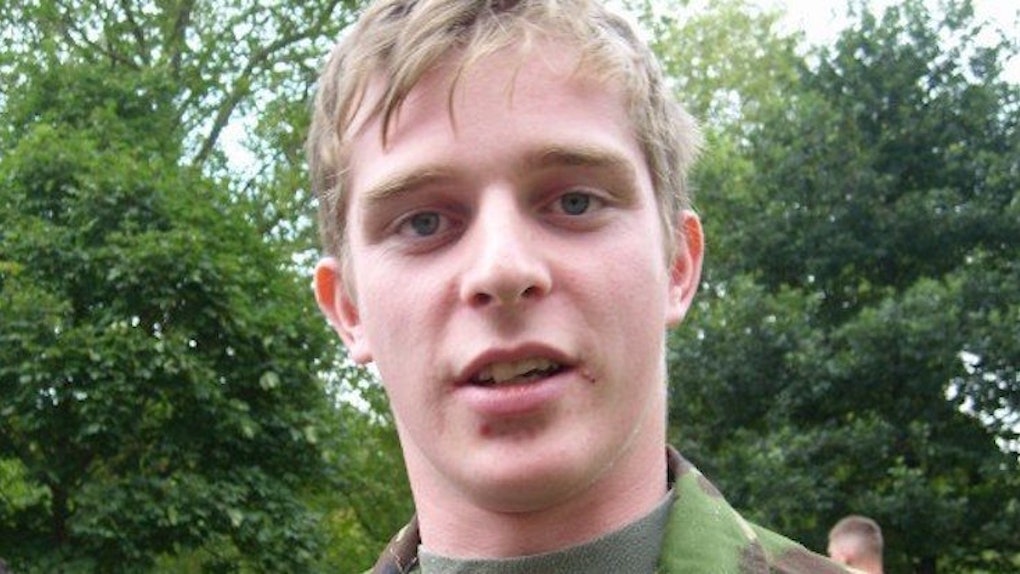 British soldier Chris Herbert was stationed in Basra, Iraq when he became the victim of a targeted bombing and lost his leg.

But Herbert doesn't blame Islam for his situation, and he doesn't want anyone else to, either.

In a passionate Facebook post, Herbert explains why blaming all Muslims for terrorism — the way your drunk uncle at Thanksgiving and other Republicans have as of late — is not only foolish, but wrong.

Getting frustrated by some people expecting racism from me, because I was blown up. Here it is: Yes. A Muslim man blew me up, and I lost my leg.

He then goes on to explain that while one Muslim man was responsible for his pain, dozens of other Muslims helped him. They even saved his life.

On the opposite end of the spectrum, “white Brits,” as he describes them, discriminated against his disability and even in one instance pushed his wheelchair away from the elevator so they could enter first.

We couldn't have said it better ourselves. And if Herbert (a man who could have a legitimate excuse to feel animosity toward a specific group) can understand it's not Islam's fault, then hopefully, we can all come to the same conclusion.

That means you, Trump.

Getting frustrated by some people expecting racism from me, because I got blown up. Here it is:Yes. A Muslim man blew... Posted by Chris Herbert on Tuesday, December 8, 2015