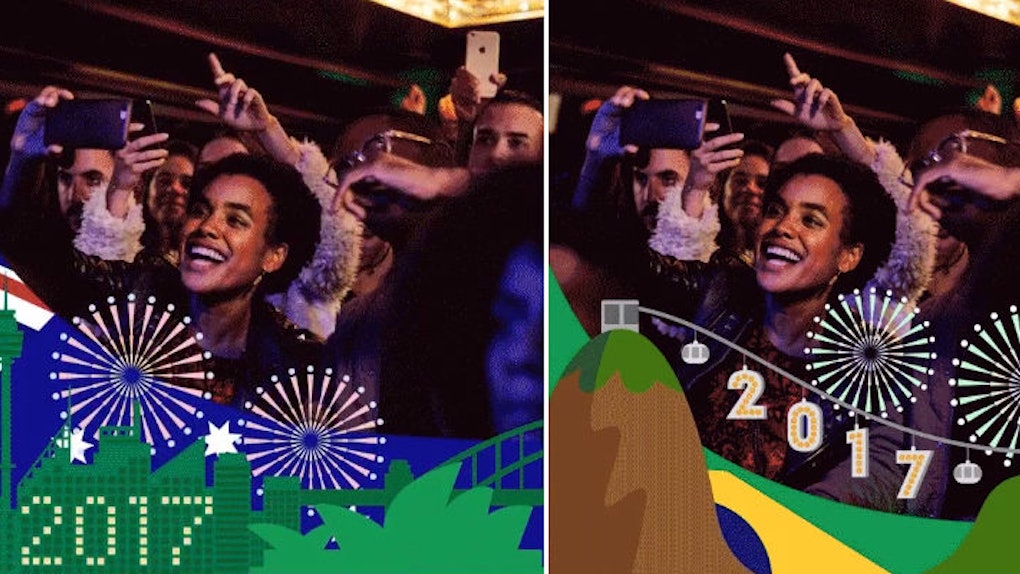 Ah, 2017... the year the United States becomes a war-torn wasteland after the great conflict between Twitter and Snapchat.

Well, this is but a taste of what might happen seeing as how Twitter kinda stole Snapchat's geotagged filters for the social media's New Year's Eve stickers.

But Tim, you say, the stickers and filters can't look that similar to each other.

WRONG! I PRESENT TO YOU EXHIBIT A THROUGH Z.

Now do you understand?

Is this Twitter's way of saying, "Who run da world? Twitter," to Snapchat? Yes. Yes, it is.

*brushes off shoulder due to unintended rhyme*

And if you use the hashtag #HappyNewYear in over 30 languages, a fireworks emoji appears. "Wow, cool," says all of my zero friends who I'll be celebrating New Year's Eve with.

Want another reason to be absolutely glued to Twitter during New Year's Eve (other than not having anyone to kiss at midnight)? Then why not watch the live-stream Twitter is providing of the fireworks in Dubai?

These stickers are available until January 3, but come on -- don't be the guy or gal using a New Year's Eve sticker on January 3. Who are you? Rip Van Winkle? WAKE UP.

Needless to say, I'll be using all seven stickers on NYE just so my friends think I actually have my shit together enough to travel (or at least to go around Epcot's World Showcase).

Bottom line? Happy New Year to all of you. May you ring in 2017 with stickers and filters alike.