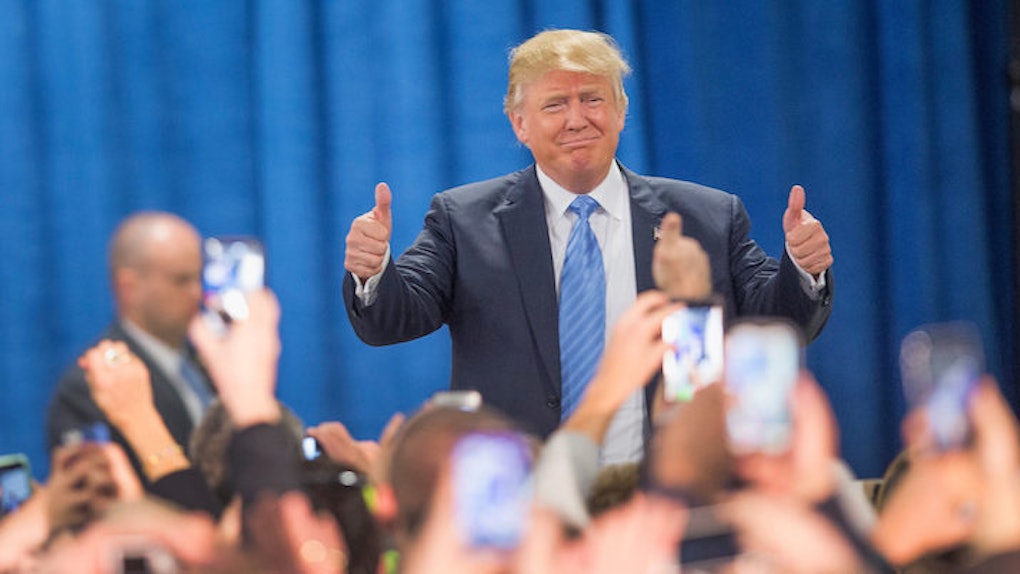 Twitter Is Taking Down Donald Trump In This Epic Way

The only thing scarier than Donald Trump's run for president is the fact that people are actually voting for him.

Despite his racist views, his blatant sexism and his Hitler-esque political agenda, Trump has won three of the four state voting contests held thus far — his only second-place finish came in Iowa — and shows no sign of slowing.

But not all is lost. For every one of Trump's supporters, there is thankfully a person on Twitter who is happy to speak out against him. As Complex reports, dynamic users have recently begun using the hashtag #NeverTrump to share the hilarious (and completely accurate) reasons why they'd never support the orange-faced billionaire.

Below are some of the winning Tweets that Complex highlighted, along with a number of other standouts. Search #NeverTrump on Twitter for more.

1. Because he's a damn hypocrite.

2. This is sarcasm, right? Because ol' DJ Trump is definitely not a Democrat.

3. Because his self-serving ways won't help any of us.

4. Because even babies know he'd be bad for freedom.

5. Because he's an insensitive dirtbag.

6. Because his political proposals are completely unrealistic.

7. Because supporting Trump might lead others to question your sanity.

8. Because he has no idea what he's doing.

9. Because even the national bird is like, "F*ck this guy."

10. And, finally, because we deserve better.